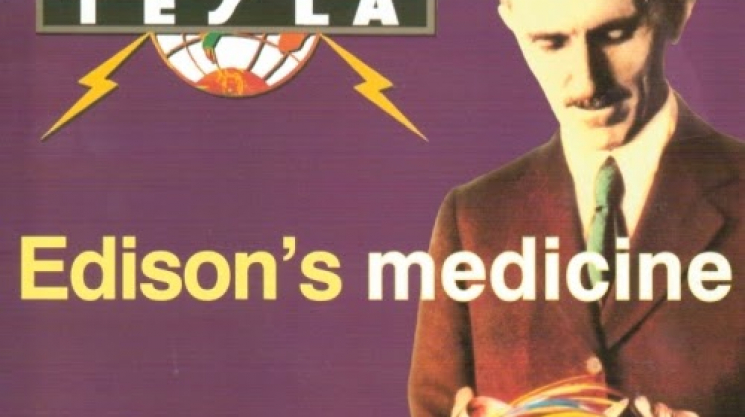 Somebody isn't getting the joke?

This article is confusing on many levels. Is it meant as satire? Written 25 years after the song was released...why? And here's me just finding and reading it 4 years after its writing. If this piece is meant in jest, then all the comments so far can be disregarded. But if it's how "Karyn" really feels, then he or she is obviously rather ignorant when it comes to scientific history. I mean, even the article's title is wrong - this literally tells us nothing about Nikola Tesla. In a nutshell, Tesla was an eccentric genius and Edison was a thieving dickhead. Hell, both Drunk History and The Prestige handily outlined that. But seriously, Tesla was a visionary whereas Edison, well, was not. Thankfully, in today's digital age, people can fine real articles and read up on the truth of Nikola Tesla, his life, his inventions, and his brilliance.

Wow!! I think this person who wrote the article is taking this song way to seriously!! Lol and edison did steel ideas from tesla if you look into it with any platform like Google lol. And they wrote there scathing review over 20 yrs after the song was released! Ilmao to the person who wrote this article you look really funny and pathetic.  Who takes a song over 20years old and 'tries' to rip it to shreds for seemingly no real reason AND gets the facts wrong to boot!? Ilmao at this one

The most lame and pathetic review I've ever read.

The total absence of any form of even the simplest research is testimony to the lazy approach to both the band and the subject matter.

Hard to comprehend how this writer could ever land a job in this field and completely discredits the employer organization. At least now, I know to never waste any further time reading material from ION Magazine.