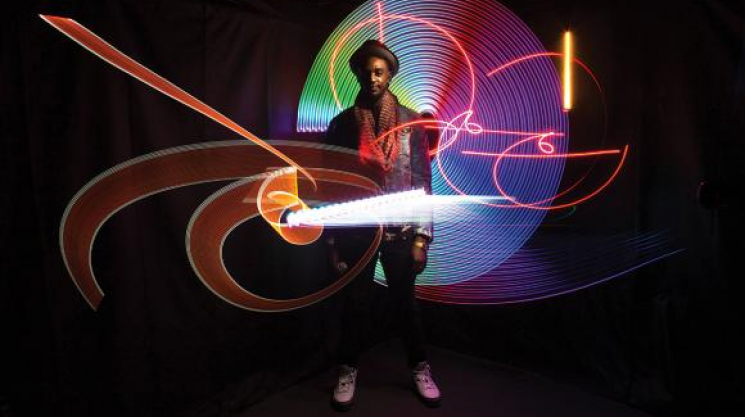 Marko93 | The Writing on the Wall

While each of the following artists (eL Seed / Garbage Beauty) have developed variations on the calligraffiti style, they each share the respective goal of bringing people together on the same level. And there’s nothing more human than an innate desire to create something that lasts—to shout unapologetically into the void and hope that, just maybe, you’ll be heard.

Sometimes the location can be the most important part of a message, but other times, the medium takes centre stage. While Marko93 also specializes in incorporating elements of Arabic calligraphy into his art, he does so in a more abstract way; his work is less about the words themselves, and more about the colours, the lighting, and the pictures they form.

Growing up in Paris, Marko took an interest in hip-hop in the eighties, just as the seeds of the graffiti movement were taking hold in New York City. As his fascination with the scene grew, so did his portfolio—it now contains everything from classic graffer tags and murals to an even more fleeting medium: words painted in the air using light. While graffiti on its own is ephemeral, there’s an almost dream-like quality to this new favoured method of his, which he’s dubbed “light painting.” Something that exists for only moments has the power to bind its viewers together—their shared experience is something that can never be replicated.

While light painting has been a focus of Marko’s in recent years, he also strives to create pieces that have permanence. Many of his physical creations take on a luminous quality of their own, often backlit by LED lights and painted in colours that grasp their viewers’ attention unapologetically.

“Graffiti is illegal, which allows spontaneity,” says Marko. “The illegal, as its name indicates, is freedom from any authority of thought; it’s synonymic with freedom of expression and creation. It is the shout of someone to say that he exists and that he thinks freely.” For Marko, calligraphy is a way to reaffirm his existence and freedom of thought.

“We all have a need to communicate with people, to feel alive and to exist,” he says. “Graffiti allows this. All over the world, it’s a universal language. We all have one life to light up the world.”