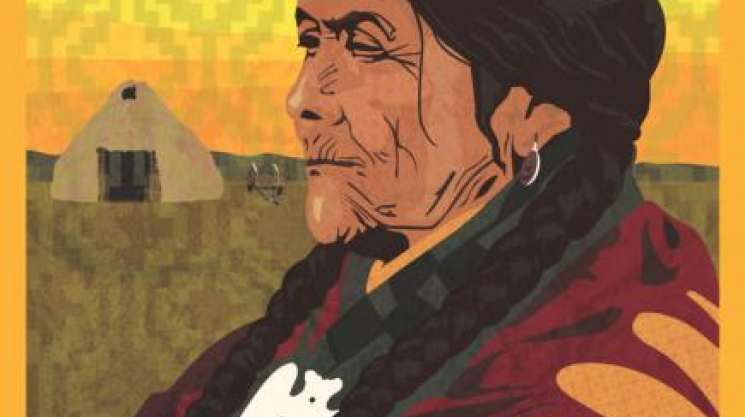 Pablo Aracena, a.k.a. Pax Arts, a Canadian of Chilean origin, came to Canada as a youth with his family in the late 1980s. Immersed in hip-hop music and culture as a kid, he would spend hours drawing graffiti sketches and characters. He pursued a degree in Art and Design, and eventually, his passion for graphic design combined with his interest in street wear. This led him to discover the medium of screen-printing and to create his own custom T-shirt line, Artcore Clothing. Over the years, Pax's graphic style has evolved to become a clear reflection of his diverse cultural background, often visually merging his Chilean background with his life experience in Canada.

Do you consider yourself to be more an artist or apparel designer? Do you even make a distinction between the two?
That’s a very good question; I would say either of those terms could be appropriately used depending on the context. I tend to consider myself a visual artist, because it doesn’t emphasize one aspect of my creativity and leaves more room for exploration. At this moment for example, photography is something that interests me quite a lot, and I would like to incorporate it within my future works. I simply like to create stuff. I like to do many different things, and people are free to interpret it however they want. I’m constantly between worlds. One day I can design a typeface, the next I’m deciding on the right placement of a logo on a T-shirt sleeve, and directly after I’ll start sketching an idea for a painting. At the end of the day it’s all about creating and sharing what I do. I’m not here to make anyone a believer.

When did your interest in graphic design begin?
It all started when I printed my first T-shirt. I was 16-years-old, and the thrill of being able to sport my own design sparked that passion for creating new artworks I would eventually wear. Shortly after, I decided to create a small T-shirt line in order to get my designs worn – mainly by my friends. From there it naturally evolved into a more entrepreneurial venture. I think the passion has to be there first in order to succeed in the apparel industry. Street wear is a very competitive field and things will get hard if you get into it purely for financial reasons.

How is seeing your art on a T-shirt different from seeing it on a canvas? Do you think the medium changes the message?
I think both have a very different impact. A canvas leaves time and space for the viewer to generate better comprehension of the artwork because of its static state, while a T-shirt is in movement most of the time. Like, in a busy crowd, when a tee grabs your attention, you might only get a glimpse of it. The same goes as you shop for a T-shirt in a store. You will rarely take the time to properly absorb the artwork due to the abundance of graphic tees compiled next to each other.

How does your Chilean background influence your art?

Growing up as kid in Montreal, I was always interested by the history of Chile and it’s culture. During my teen years, I discovered artists such Alejandro Jodorowski and Pablo Neruda, and through their work I was able to learn more about Chilean society as a whole. I also wanted to know about the Mapuche people (or Araucanos, as they are more commonly known in Chile), which is one of the nation's founding civilizations. I became really inspired by the patterns found within their weaved fabrics. This led me into a process where I found myself creating my own version of these textile patterns.

Do you have an intended message in mind when you start one of your designs?
It depends. For some designs I already have a precise idea of what I’m aiming for. I will start by sketching the concept, and from there I start building around it until I get the final product. This can be considered more of a graphic designer method of work, but it’s also true that on some occasions I proceed with more of an artistic approach. I just bounce around different ideas, and by mixing different elements I manage to find a direction that eventually leads to the final design.

Is your art generally intended for your clothing line, or do you use other canvases as well?
Of course most of my work is built around Artcore, but I also create artworks with a different intent. I did a few paintings and printed poster series’ in the past. Also, a few years back, I started to wheat paste, which is something I would like to do more often. Like now, I’m working on an ad concept for the spring collection where wheat pasting will play an important part.

In this digital world, do you see graphic design as the future of art?
With technology advancing so fast, the future of art seems open to so many directions; this is true even if we just look at 3D printers and how they have slowly started to revolutionize the design world. As we speak, artists from all fields are able to create artifacts by using this limitless technology. In the middle of all of these high-tech advances, I think graphic design will still remain relevant, but eventually it will evolve into something more interactive, where 3D holographic projections, digital billboard ads, and graphic elements will merge, giving birth to a whole new era of media and communication.