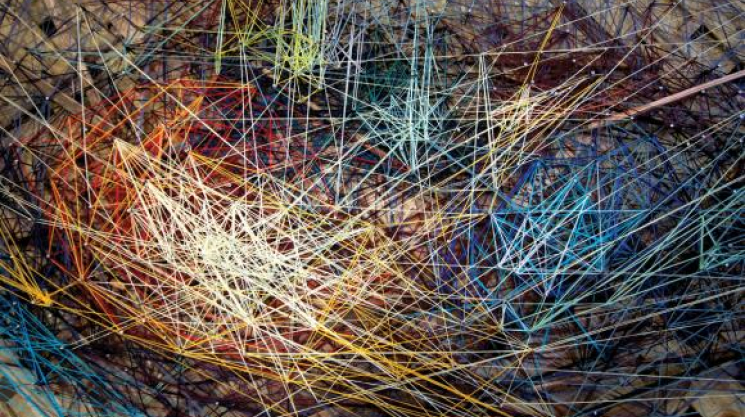 To make good art is to stir up not only a sense of awe, but it is to accomplish an expression of beauty that also contains a message. Art can be inspiring; it can be mesmerizing; it can be disturbing; but most importantly, it can be bewildering. Some artists focus their attention on one of these factors, eliminating the others, subconsciously or otherwise, in their process. Aaron Li-Hill, however, is an artist who, through his work, has mastered the craft of bringing together all of these elements, as well as including a strong, and vital, thread of activism, too. Josefa Cameron finds out more.

Aaron Li-Hill specializes in drawing, painting, graffiti, and wood sculpture. Currently living in New York City, he was born and raised in Toronto, the place he still calls “home”. His skilled and unique work is the result of a BFA from OCADU, years of self-education gained from travelling through Europe and Australia, and a rare, ignited passion found in less and less artists in this day and age. When speaking of his travelling, Li-Hill acknowledges its importance: “It developed my technical education, while university taught me how to contextualize my work and ideas.” While in Melbourne during one of his travelling stints, he joined AWOL, a renowned Australian crew that pushes boundaries, and blurs the lines of fine and underground art forms. This experience, and influence of such envelope-pushing artists is what garnered his enthusiasm for street art, especially graffiti.

While this may have been a formative experience, his artistic roots were grounded long before this, and began to sprout at a young age. It was towards the end of high school that Li-Hill set out to accomplish all that he has now. He recognized his deep-seeded love for art, and decided to dedicate his life to it, and luckily for him this path worked for him and he has never turned back nor regretted this decision since.

“I love art because of the possibilities...how boundless and infinite it is, and how it can encompass so much; ideas, emotions, influences, history, politics, activism, the list goes on.” And it sure does: he is humble in forgetting to mention the intricate allure of his work, or the talent spent on the calm yet chaotic aesthetics. His pieces are abrupt and emotional, and they conjure much meaning behind the paint and the carved wood. “My inspiration comes from everywhere, but I would have to say the artwork of the street has been a major, and consistent, influence over my work”.

But, Li-Hill is not only influenced by the street art he is surrounded by. His pieces are, like most artists, materialized versions of what it is going on inside his head. And these messages are a lot more psychologically complex, and hit home much closer, than initially perceived. “The motivation behind my work comes from the suppressed need to reflect the views and influences our culture has on the world at large. How the Western gaze, with its speed, insatiable hunger, and boundless resources has not only affected the physical world, but the psychological one, too. I am attempting to untangle these issues and portray them back to the viewer.”

More and more, Li-Hill sees his work on installations as the focus of his art above any other form. Explaining this choice, he says, “It is an attempt to marry all my influences and practices, and still be true to the ephemeral nature of street art and graffiti, which I find so powerful.” While this may be the case, his love for street art still seems to be the overarching passion for him in the world of art. Finding abandoned houses and painting magnificent portraits is what Li-Hill does to truly feel a sense of freedom, away from the ever-watching eyes of New York and Toronto.

His interest in street art still rests in a mind frame much deeper than the conservative and mainstream explanation, which often coins it too simply as a form of ignorant rebellion. Rather, Li-Hill views it as a step towards equality within the structural make up of the social classes in North America.

“It’s for everyone. You don’t have to walk into a gallery, which means you don’t feel the influence of social class structure in society when you stumble upon a painted wall. It’s about the work, and the meaning of the work, that is in the public eye. It’s as simple as that.”