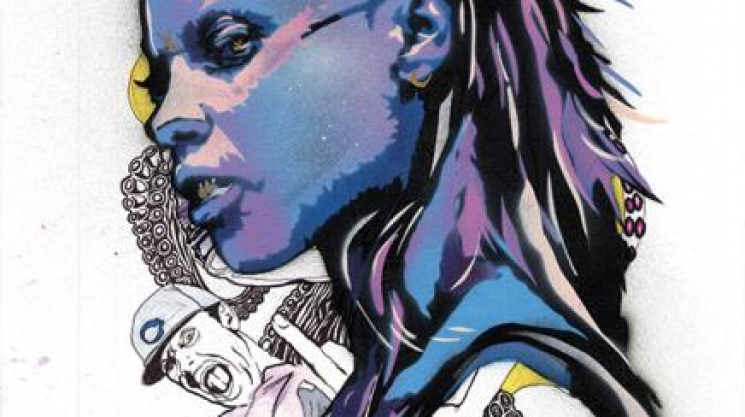 We live in a society of labels. Consciously or not, many people wind up squashing their lives into digestible categories for the sake of ticking boxes in questionnaires, filling out social media profiles, or not ruffling the feathers of the rest of society. Society loves people who can aptly be described in one sentence. White collar or blue collar, Liberal or Conservative, omnivore or vegetarian, Canadians or Bruins fan. People can process this and move on. They’ve made up their mind about you, and whether or not they’d like to have a beer with you. If you fall into this golden one-sentence category, good for you! You’re ahead of the game. Your paperwork is probably a breeze! Unfortunately, you’re likely pretty boring. Don’t get me wrong, I sometimes love the validation of being labelled, like when Buzzfeed translates my inability to make decisions into me being “a dreamer,” but the most interesting people are the ones who can’t answer a simple question without a conjunction.

Regimental Oneton is a conjunction sort of guy, and the best sort—the kind who doesn’t worry about it, but instead takes pride in it. His unapologetic attitude, honesty, and wisdom are the sort that can only really come from years of DIY ethic and building from the ground up. For the sake of this article, I’ll label him a “multi-disciplinary artist.” He has achieved wide recognition as a graffiti artist, musician, illustrator, and pop cultural portraitist, but don’t be surprised if he tells you otherwise at first.

“When people ask me what I do I like to tell them I am an astronaut, or perhaps a bee keeper—anything other than a multi-faceted artist. It's rare that someone will take you seriously as an artist. If I sense that someone is truly an art lover, I will engage them in a conversation about art, and if the fact that I am an artist can naturally be worked into the conversation, then all the better. How do I explain to someone that I am an accomplished musician, and visual artist, and a published writer? It seems a bit far-fetched. I don't feel like giving everyone I meet the history of my artistic output just to validate calling myself a multi-disciplinary artist. Making someone laugh by telling them some outlandish job seems a lot more fun for everyone.”

When you get down to it, he says having no fear is probably the most important attribute for an artist of any discipline. When approaching something, to eliminate any fear or self-doubt he tells himself: "You are the roughest, toughest Rudeboy on the block, and you are gonna murder this." To combat fear and be able to approach things in a pure way, he has a variety of methods. When in a band, he would get naked (including in a performance on national TV), when painting he tells himself, "Nothing in life is perfect, so this painting doesn't have to be either," and as a writer, he advises getting drunk. But really, really drunk. “It’s just super important to be fall-down, cry-yourself-to-sleep drunk when you’re in front of the typewriter. It's easier to access your inner animal that way. I've written my best stuff absolutely cross-eyed.” For an artist, letting fear get the better of you isn’t an option, simply because not creating art isn’t an option. Or as he puts it, “It’s never really been a choice; more of a monkey on my back that screams into my ear every 45 minutes.”

Since he was 11, art has been an important outlet for Regimental. All the records, and paintings, and poems have been a method for him to release stress and anxiety. As such, the themes are generally very dark or macabre, but he balances that with humor and bright colours—hence his generous use of fuchsia pink, which he calls “probably the least depressing colour in the world.” “I’ve been blessed that people see that honesty and my dedication in my work. There has always been a stage for me, always been a wall for me, always someone that wants to champion my work. I have never filled out a grant application or given anyone a portfolio. I have never begged for anything. But as Bukowski says: ‘The Gods have been good to me.’ If I want people to take anything away from my art, it's joy. Either they enjoy the quality and imagery in a painting, or really get off on a song. Art is supposed to be a distraction for people. If I can engage them, and distract them, and perhaps even entertain them for five minutes, I've done my job. The best is when I have inspired someone to try and make their own art. That's happened quite a few times, and made me feel amazing.”

So if we’ve learned anything from Regimental Oneton, and the years he’s spent building his name and evolving as an artist, we know that to perform—get naked, to write - get drunk, and to create art—forget the mentors and the milestones. Just hope to engage someone, to create moments of inspiration to combat society’s bleakness. Strive to create art with quality and heart…and if you can add Bukowski and some eye-candy, well, that’s just perfection. He says he’s fortunate to not have had any mentors, never wanting to be shown how to do something. He doesn’t paint like his university professor because he never went to school, and doesn’t write music like his teacher because he taught himself how to play instruments and produce. In his eyes, discovering things on his own, and making his own mistakes, has allowed him to be truly original. Similarly, he’s not really big on acknowledging career milestones, but still occasionally thinks about the first time he heard himself on the radio, when he received his first published book in the mail, and his first major art show. He does, however, have a few people he reveres as inspirations, namely Carravagio and Bukowski, noting that they were two very unorthodox individuals, with very original personalities, who caused a lot of trouble while still achieving success. Certainly not your average one-sentence men. In fact, his favorite piece is a large oil painting of Bukowski surrounded by naked women that hangs over his bed. He muses, “It contains all of my favorite things: quality, heart, Bukowski, and boobs. Every day it reminds me what I’m capable of.”