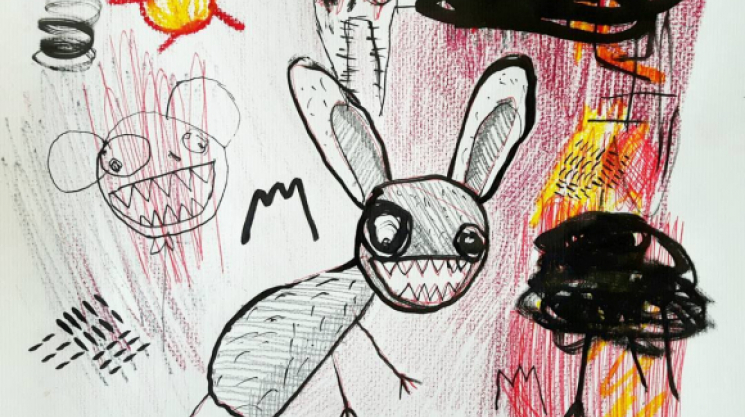 Ink and coffee on Bristol paper. He’s always been an art enthusiast, except it’s only recently that he sits down for hours on end to draw and paint.

Rapidly securing his rightful place in Montreal’s art scene, emerging mixed media artist Gus Larivée was in need for a more nourishing life: "I needed a change; something that would give me a reason to wake up each morning." And so far, he tells me, he's never been happier. It's apparent that he's exploring his style, taking inspiration from wherever it comes.  "These past months I've come to meet amazing artists, hang with new people, and I think Montreal has a lot to offer when it comes to art. I guess what I like the most about my art is simply doing it. Not necessarily the process, but the fact that I can. The biggest challenge so far for me was breaking free from the outcome. Not that I don't care. But being able to create freely was a big thing for me, and since my new series is on cardboard, I guess I managed to do it."

Undoubtedly embracing his outsider’s position to the traditional art world, Gus Larivée finds himself somewhere in the spectrum of minimalistic and raw art - the latter, a concept first introduced by French artist Jean Dubuffet. His aesthetic is unpretentious, and his references, eclectic. And as you observe his collection of work as an entity, you begin to wonder if the clowns and the childhood characters, or even the allusions to the concepts of manners, reality and death, do not, in fact, constitute a reflection on modern day artistic conventions and the underlying effects of stifling creativity. As for the jotted down witty statements in his pieces, perhaps they suggest an interest in the idea of creating an artistic signature style.

Although the Montreal-based artist hints at a bigger picture to his work, he remains quiet as to its original, intended meaning. We’re left with our impressions -me, just as much as anybody else. I don’t push it. Gus seems to enjoy the conversations he triggers through his craft. I think about the words of Kyung An and Jessica Cerasi, "An artwork is a proposition. It is an invitation to view something as art, as more than the sum of its parts." Why take away what we hope to see in emergent art - i.e. an invitation to experience something different, something we need to give ourselves the chance and time to feel, rather than being so focused on the result?

Essentially, why take away the invitation he sends us to wake up and smell the coffee? 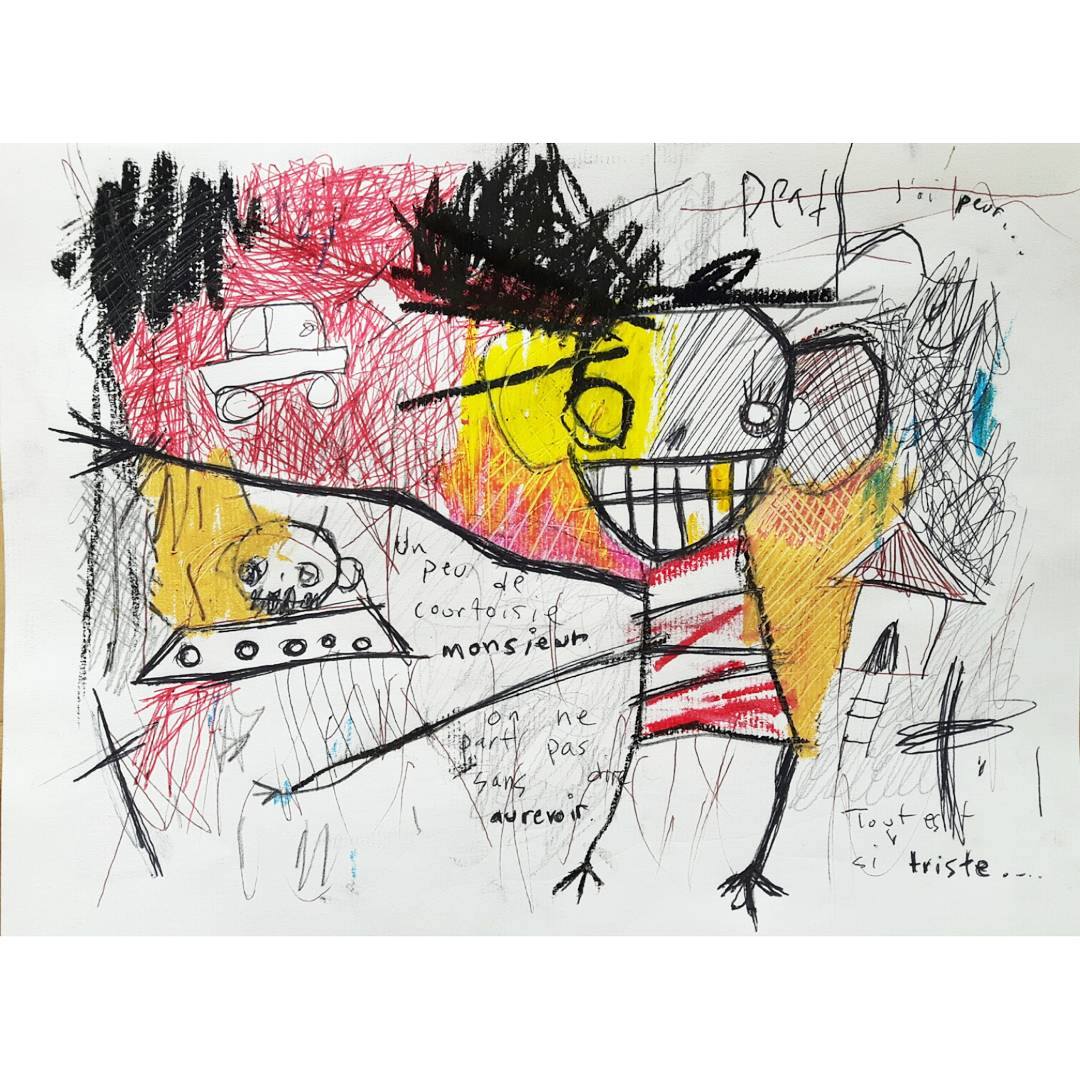 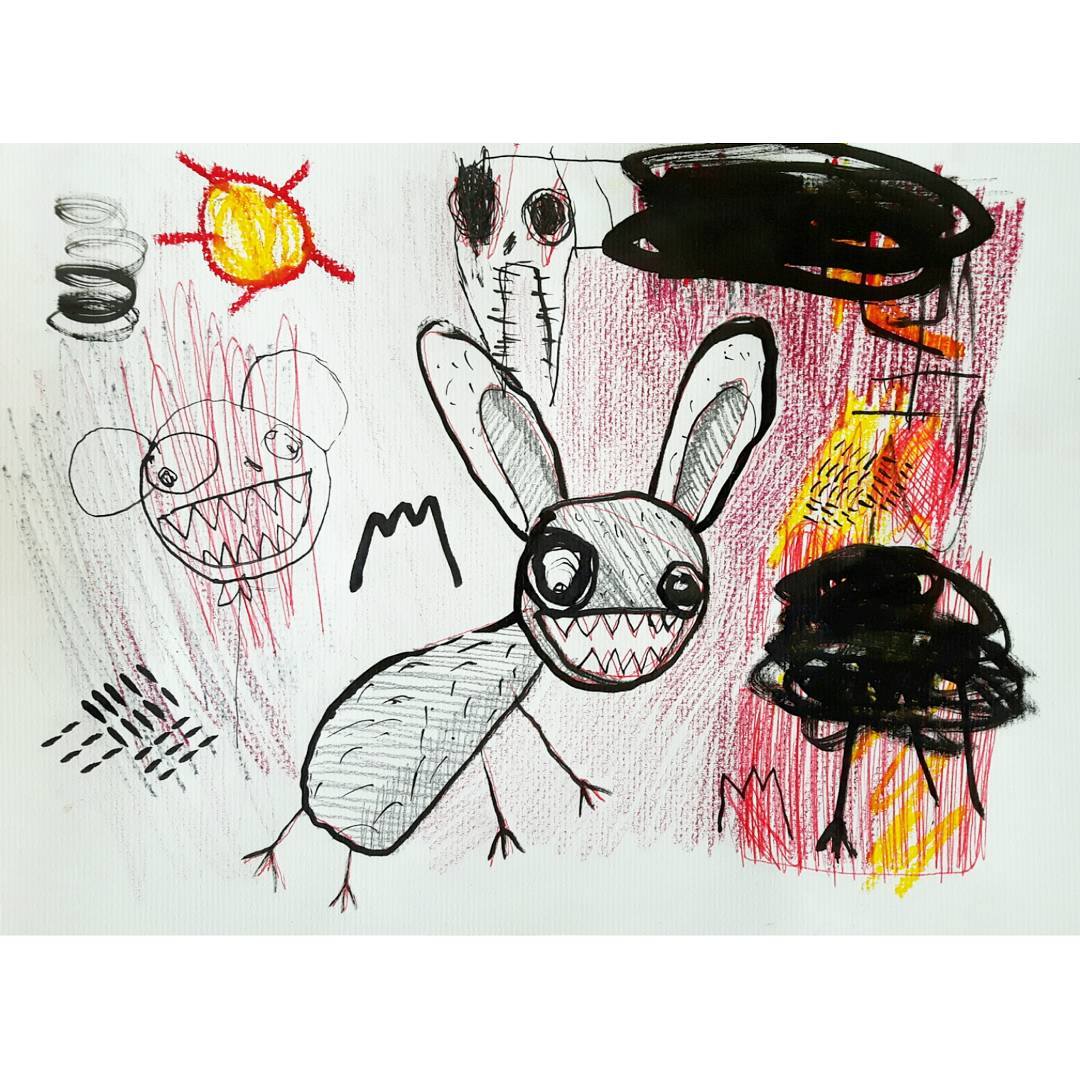 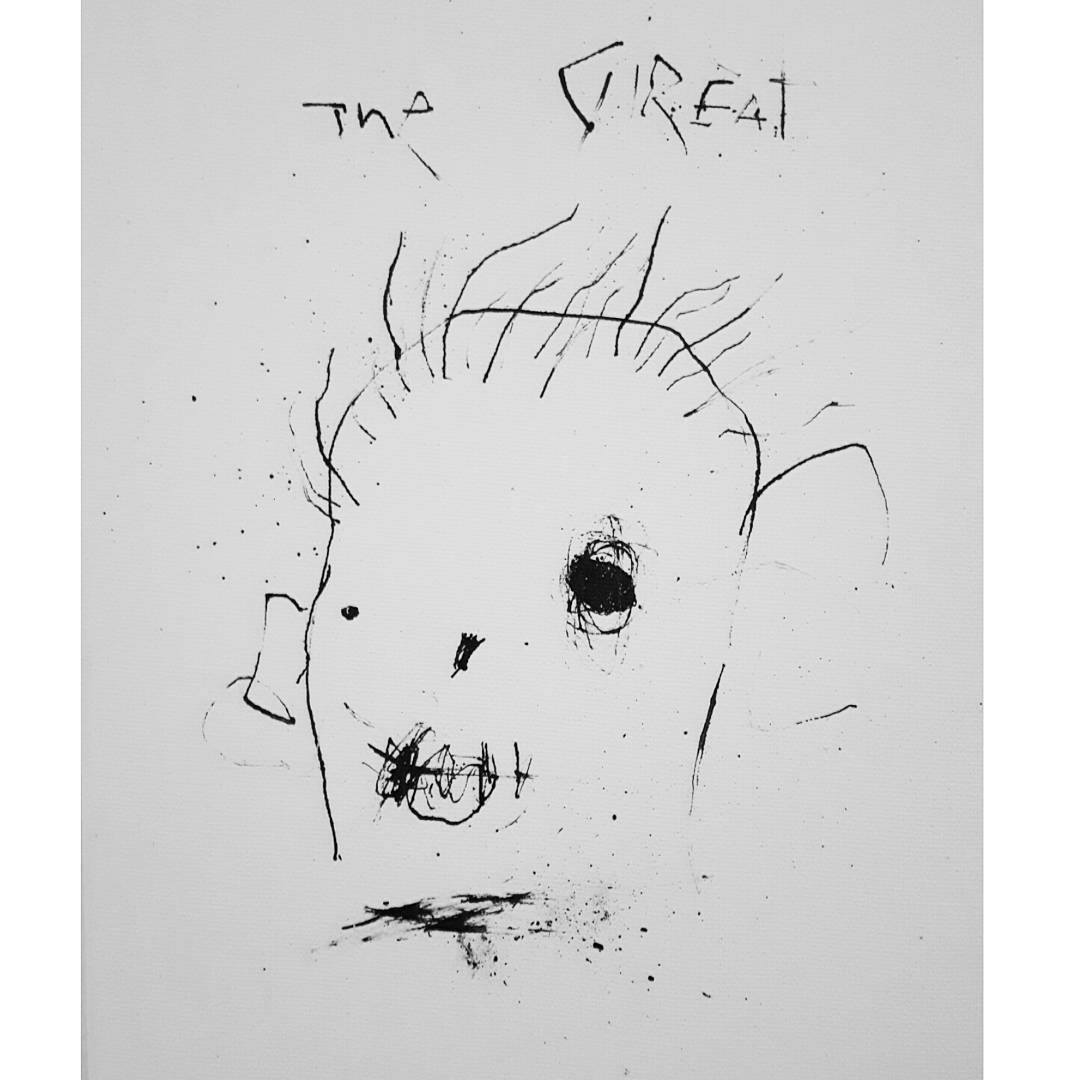 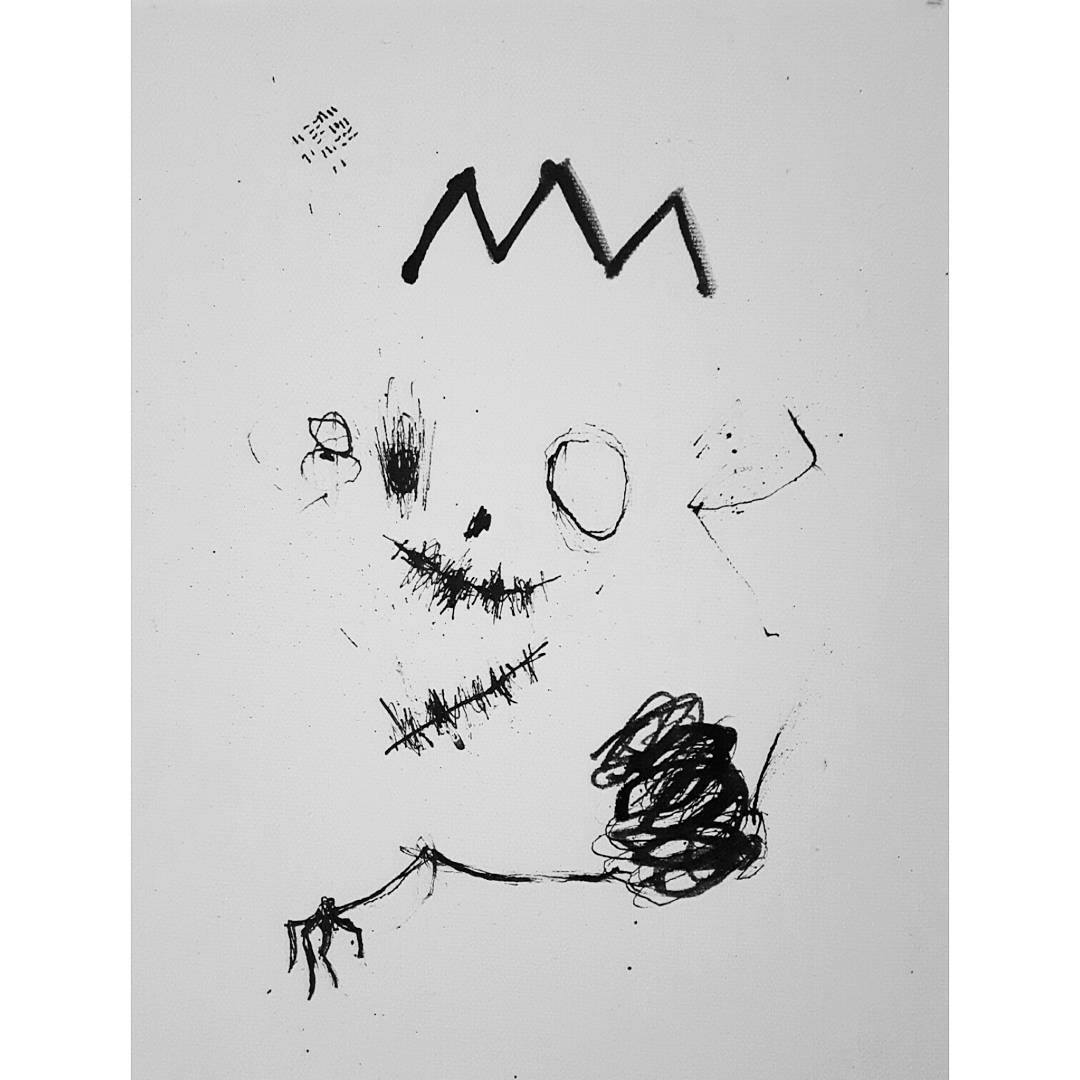 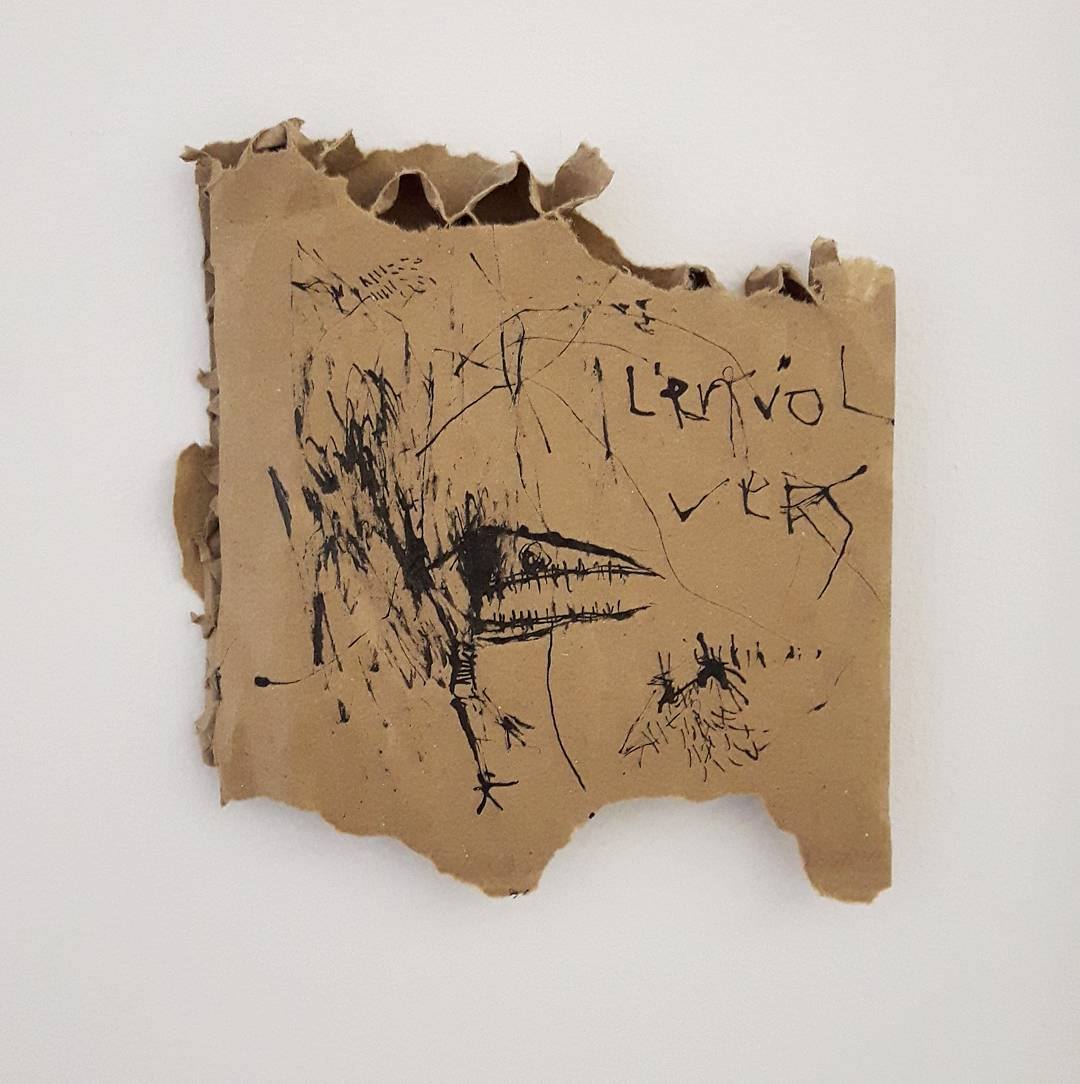 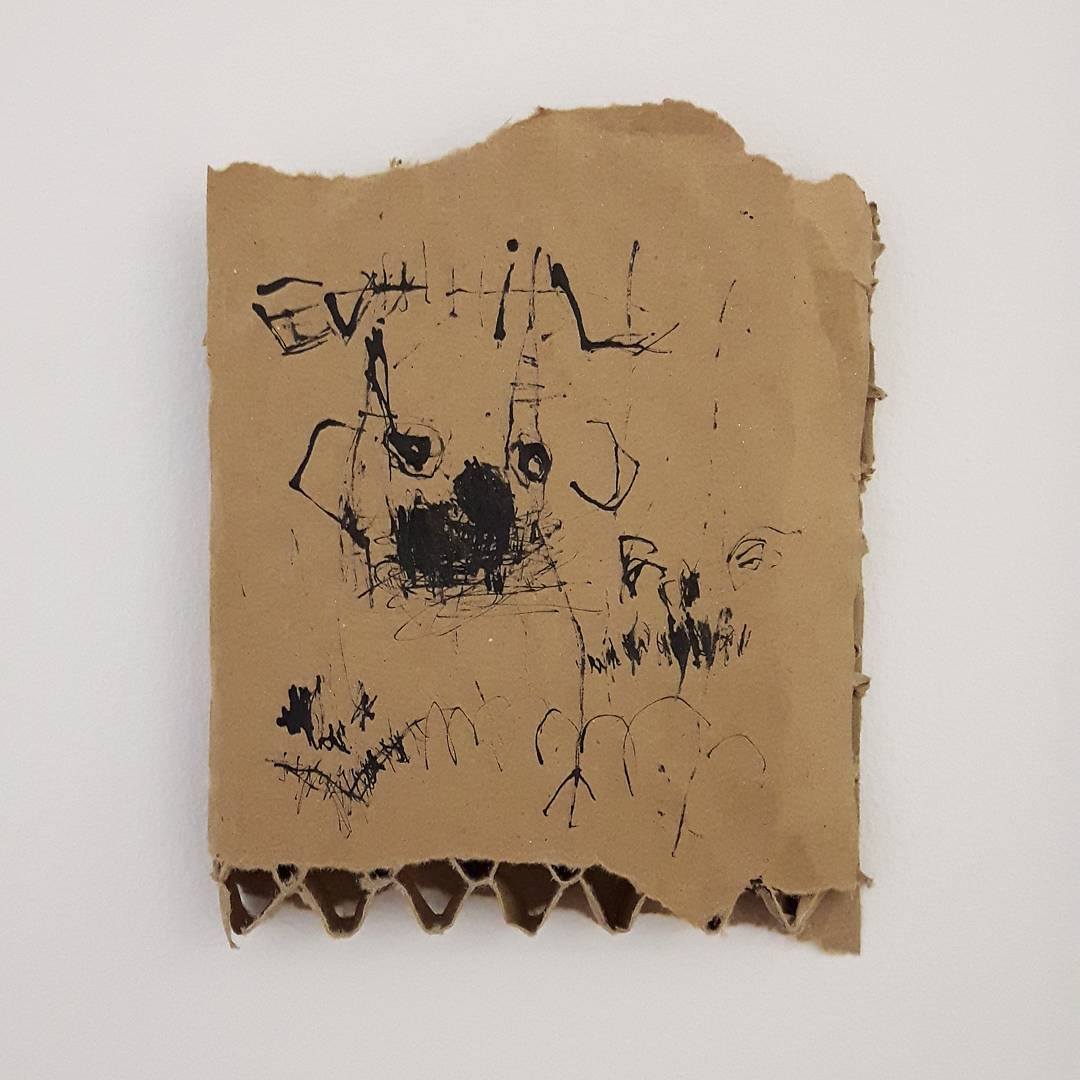