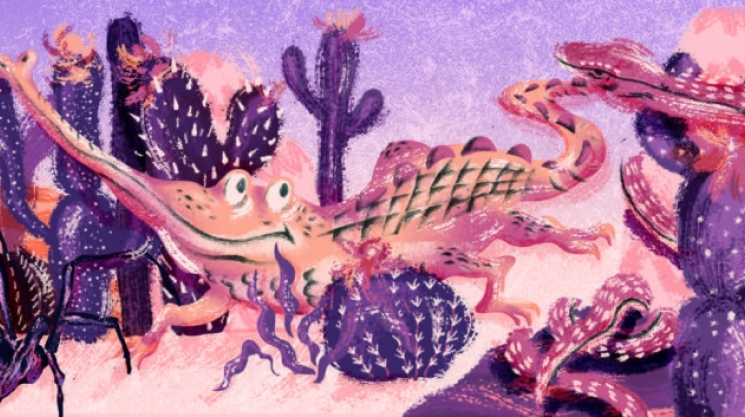 Australia is a former prison colony turned monster island. Quick note up front: I’ve never been to Australia and I don’t plan to until every animal that is capable of killing/maiming me is extinct

. Australia is where England sent their cast-offs making it the original island of misfit toys. After a while, England realized that they likely should have left prisoners in England and gone to Australia themselves, purely from a weather standpoint

. There have been super tense relations with aboriginal people for the last, oh, wild guess here, forever. That topic gets heavy pretty fast and doesn’t make for a very fun entry though, so I’m going to lean heavily on my knowledge of the Australia Simpsons episode, Crocodile Dundee, Baz Luhrmann, Dame Edna and Silverchair.

Starting with last item first, Silverchair is a band from the 90s fronted by Daniel Johns, who every girl in grade 6 was in complete love with and I couldn’t have looked less like

. Plus Daniel Johns married Natalie Imbruglia, who, along with fellow Aussie Kylie Minogue, was very important to my early life sexual development. So Daniel Johns is dead to me, and “Tomorrow” isn’t even that good of a song

. But if you have never heard it, or haven’t heard it in like 20 years, go listen to it.

Dame Edna basically exists as a pop culture reference. I’m not sure I’ve ever seen Dame Edna speak, act or do anything substantial. Dame Edna is a reference in lots of 90s sitcoms and that’s how Dame Edna will remain, forevermore.

Now, very few people have done more damage to Australia’s image than Baz Luhrmann. Sure, Baz Luhrmann has done some good for the world. I’m not sure anyone is more attractive than Leo in Romeo + Juliet or if anyone will be ever again, so that was great. I understand Moulin Rouge! Is an acceptable movie as well

is such hot, pure, white-hot garbage that all copies should be rounded up and fired into the sun. If you were ever forced to sit through that soulless, pathetic, bare minimum of what qualifies as a “movie”, I weep openly for you and ask whatever god will listen for atonement on your behalf.

This is probably a hacky stand-up joke from the 80s.

Giving me a complex that has persisted to this very day. Every ounce of self esteem I don’t have is a direct result of how pretty Daniel Johns was in 1995.

I mean, it’s fine, but a lesser 90s hit, ranking ahead of “The Freshmen” and behind “Flagpole Sitta”.

Which I’ve never actually seen, but just had on in the background while attempting to make out with girls in high school.

This movie might also have an exclamation point in it as well, making Gatsby maybe the only Luhrmann movie without weird characters or punctuation, making him only slightly more annoying than David Fincher and his shitty record of terrible movie naming.