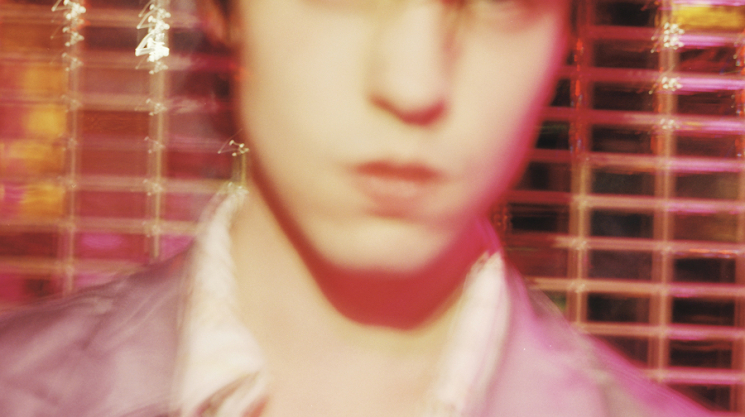 Elias Rønnenfelt’s latest Marching Church album is like a dark, meandering winter's dream. The sound is a lot more cohesive than his previous two albums but still true to Rønnenfelt's abstract sound composition. Marching Church was originally a solo project, but now he has ramped up the production with a full-out backing band, that serves to enhance his dramatic vocals even further.

This album is a lot more “written” than the last. We wanted take to take all these building materials we created for ourselves by doing the first record and build a big beautiful ship this time around.

What was the difference when creating the sound in this album compared to your last?

The manner in which we used the studio couldn’t have been more different from the last one. Where “This World is…” was almost entirely the sound of a room, with live vocals and little to no overdubbing, “Telling it…” has been nurtured and engineered a lot more. While perfection would be the wrong word, it’s definitely a lot more crafted.

For the lyrics, I usually barricade myself somewhere for a good week or so, and pound the whole thing out in one go. This time around was a particularly indulgent round and I shut the world out for some time.

How do yourself and the band collaborate together to create the album?

Usually, I’ll come and present the band with an instrumental blueprint, so to speak. Then we all work together at the interpretation and arrangements. On this record here, we did a lot of rearrangement as well - sometimes completely ripping the songs apart.

Your lyrics contain so much emotion, would you say writing lyrics and music is therapeutic for you? What do you find yourself writing about the most when composing lyrics and sounds?

Well, there might be some therapeutic element to materializing thoughts and ideas and expressing oneself. But generally speaking, I’m not sure if it ends up producing many solutions. It is a necessary outlet, I’ll say that much.

To get back to the roots, how did the band originally form?

The moniker started out because I needed a name for these different bedroom recordings I put out. in 2014, after having agreed to do a show with Marching Church, I found myself bored with the idea of doing any renditions of the old material. In the months leading up to the concert I ended up inviting a whole bunch of people into the band with the idea of doing a set of new material. The chemistry between these musicians was something very special to me, so after the concert we decided to write the first album.

When did you first start really getting into music? Who were your early inspirations?

I was a snotty punk kid when I was 13 years old, but not long after that, me and my friends started obsessing over a lot of different artists which strayed from the more abrasive sounds we were into. People such as Scott Walker and Serge Gainsbourg have always been important names to me.

What drives you to continue on this path of making music?

I have a desire to push my limits and to create something that is marvellous and perhaps even atrocious. Songwriting has become such an integral part of my being, that I now need it in order to function. I couldn’t stop if I wanted to.

When you get really tired out from making and playing music what do you do to rejuvenate your creativity? Any hobbies or any special rituals?

I don’t think there’s a formula. I wish I had the answer for this one. When the well dries up, the search for new inspiration is always troublesome. It takes effort.