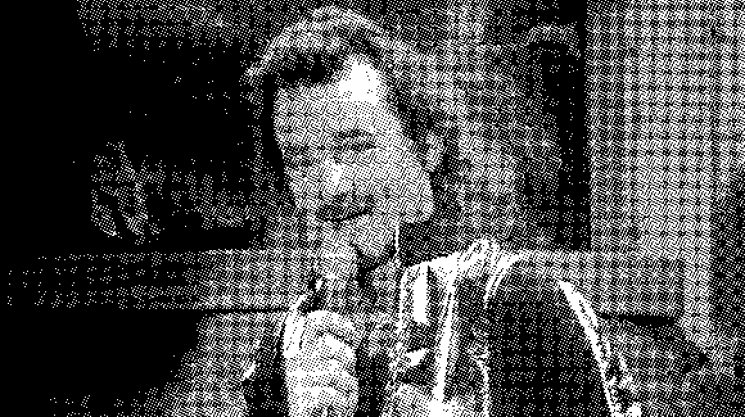 Can we all finally admit that going to shows is actually kind of the worst? Wanna get some merch? Be prepared to have to hold onto it all night, looking like a sucker. Oh you’re in a hard seat theatre? You’re gonna have to listen to seven different sad Magnetic Fields fans shout out something about their wedding song or Peter Gabriel being a dink. Sorry, you’re in a club? Enjoy those sightlines. Your feet hurt, your shoe is full of someone’s spilled beer, and you’ll have to throw some elbows to win a spot in a taxi when it’s over. It’s a complete drain. But what’s way worse than all these headaches are the roll of clichés that come from whoever’s on stage with the microphone. Let’s try and convince performers to retire the following statements.

“Come Closer” – “Hey, y’know you guys can come up closer to the stage. C’mon! Get up here.” How about you do a better job at being an awesome band and then the club will be full? You’re not the boss of me. There’s a bar back here and my buddy is just drunk enough that he’s buying all the shots. Leave me alone. Your amp is too loud anyhow. If I stand up there I’ll be half deaf tomorrow and I’ll probably smell like your stage sweat. Learn to deal with the semi-circle of doubting space and realize that the only thing that tells me where to put my feet is the spinning pointer in a game of nude Twister.

“Somebody Get Me A Drink” – F U. You get free drinks. You should have brought more up there with you. Guided By Voices know enough to bring about 65 beers up onstage with them at the beginning of their set. Have some foresight. Of course there’s the evil cousin of “Somebody Get Me A Drink”, the elusive “We’re Not Playing The Next Song Until Somebody Gets Me A Drink”, which is usually found dribbling out of the mouths of female singers attempting to be a reincarnated version of Janis Joplin.

“This Song Is Called…” – Everyone who cares about you already knows what the song is called. If nobody knows, then nobody cares. Stop introducing songs like you’re on Storytellers. You wanna be indulgent? Become an actor and let James Lipton wipe your mouth for you. The only song introduction worse is…

“This Song Is About…” – Best case scenario: you just ruined everyone’s interpretation of your song about dinosaurs. We all thought it was about that sitcom in the nineties. Now we know that it’s actually about Baby Boomers shitting on your “mellow vibe”. We don’t like you anymore. More likely scenario: we all just listened to a minute and a half of vague references to your ex-girlfriend. Save it for Facebook.

“This Is A New One” – What this is really saying is “DISCLAIMER: This song was only rehearsed twice. If we bugger it up, you can’t get mad because it’s a NEW ONE.” Even better is a band playing their second show and they send you this gem. “Hey this is a new one.” Hey, they’re all new ones. I only came because things are weird at home right now and you weren’t charging cover.

“What A Great Looking Audience” – Like you would know. You can’t see anything with that light on you. I guess the first person to ever say this probably got a massage backstage from one hundred flattered fans. Let’s just assume it was Peter Frampton, or maybe Al Jolson.