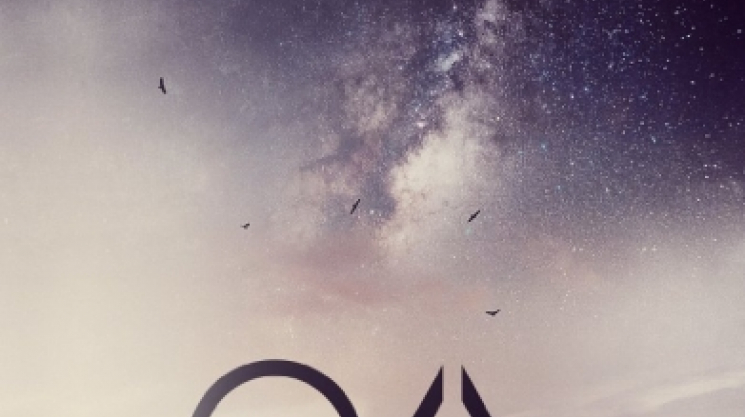 Let me start by stating that I've never watched a season or a whole episode of Lost. I happen to have the season 2 box set, (which was left at my home by the past tenants) but I've never watched it. I start by saying this because I think I get how a fan of that show felt while watching The OA.

Over the Christmas break, I couldn't remember who suggested to watch this show but they compared it to Stranger Things which I liked for the story and cheesy 80's throwback. I've also seen Britt Marling's other efforts in the movies The East and The Sound of My Voice, so given that track record, I expected this to have some cult undertones. That just seems like something she's into and I like that. I thought "Let's get it." But this shit made me feel bamboozled.

First, let's talk about the premise and characters. A woman who was missing named Pairie/The OA (spoiler alert and pro tip: you can't give yourself a nick name. That's not a thing) appears out of nowhere and jumps off a bridge. She then appears to be adjusting to life but needs wifi so she goes into some trap house that's in the burbs, and befriends a teenager who legit has the kind of face that says “I'm gonna put your male betas in the same tank and make you watch”. Anyhoo, a connection is made and she's all "Get five peeps and roll back to this house so I can tell you a story."

Why? Why would you even care about this woman bugging you for wifi, wearing Brandy Melville and Talbots' lounge wear asking you for story time with like, five other people? I would have told her to leave me alone and turn up the trap music but nah, we need a story here right?

So, five people get together and she tells them the story of her origins and then reveals the “truth” as to why they were chosen – to perform interpretive dance that reminds me of those Sia videos with Maddie Ziegler. The dance is “a series of movements that opens up a portal”. Again, I would have checked out because that sounds like any Yoga studio in a hippie neighbourhood and I'm not about that life.

The "controversy", stems from the last episode involving a school shooting; the two year anniversary since the Sandy Hook shootings and that got people shook. However, can we talk about this mess? You mean to tell me a shooter would stop to watch five people do interpretive dance long enough to have the lunch worker tackle him and the bullet of course hits The OA. I'm gonna swing from the chandelier. Now she's “dead” again and finally going to be with her “angels” and then what? Why should we care about what happens next?

I don't feel like I had enough time to care about these individuals let alone believe they'd mess with this woman. She keeps telling you she knows it sounds crazy and yet there y'all are doing "Elastic Heart" with an AK-47 pointed at you. I don't really care if this is just the only season, but then again I will probably watch the second season because it's hard for me to quit anything other than the show Girls. Quitting that show was simple and easy to quit, especially as a WOC.