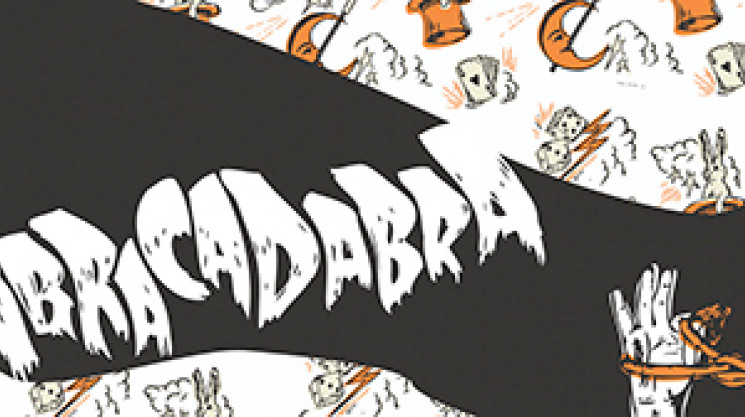 The Encyclopedia Hearsay was founded on four principles: misinformation, rumours, half-remembered conversations, and outright lies. Anyone can contribute, so long as articles are written with no research whatsoever. If you are citing The Land Before Time as a source, or abusing footnotes like David Foster Wallace, you are on the right track...

David Copperfield is an incredibly powerful wizard who has roamed the earth for centuries. He first gained notoriety in Victorian England where an author named Charles Dickens wrote about his exploits making beggar children disappear. After completely ridding England of ragamuffins, he went into hiding until the 1970s, when he resurrected his magic act and continued with the trend of making things disappear. Chief among these were the Statue of Liberty, an airplane, an elephant and Claudia Schiffer’s dignity(1).

While plenty is known about his exploits throughout the 1990s, via numerous television specials and Las Vegas stage shows, little is known of the period where David went into seclusion. David honed his craft in an occult study group of sorts, where he perfected transmogrification and conjuration. David’s group was not without its enemies, however, but sadly little is known of the 1870s Wizard Wars(2). It is rumoured that David managed to eliminate a rival magician, Rudolf Fenz, by sending him 74 years into the future where he’d be hit by a speeding car(3).

David’s power continued to grow at an alarming rate. It wasn’t until the early 1900s when Rasputin showed up that David Copperfield had a true rival(4). Tired of messing around with Houdini(5), David focused all his efforts on gaining enough notoriety that he’d eventually become the subject of a Boney M song. Sadly, Rasputin got the better of him by boning a queen, getting murdered like forty different ways and getting his huge dong chopped off and put on display in a museum. Being ignored by Boney M was a wound David would never recover from.

David began his healing process by making probably a jillion dollars. He made, like, 20 television specials(6) and performs in Vegas 500 times a year. He managed to win a few dozen Emmys along the way. Eventually he got rich enough to date supermodels and stole six years of prime Claudia Schiffer away from the rest of the world(7). He bought a bunch of islands in the Bahamas and has been accused—mostly by Gawker—of turning one of them into a rape island(8). David has also let it slip to the media that the fountain of youth is legit, for real, no joke, on one of his islands(9).

After dispatching Doug Henning and having no other modern day wizards to defeat, David has begun to go back into seclusion. It’ll be a few generations yet before he can come back to the spotlight with a new face and become famous with a new human population. Until then, he’s been known to cast spells making David Blaine fat and Criss Angel invisible to himself.

1. Scha-wing!
2. Coincidentally this is the name of a series of YA novels I’m currently writing.
3. Google it and prove me wrong, fuckers.
4. Nay, a nemesis!
5. “Burst appendix,” my ass. David iced that bitch cold.
6. But only one of these specials had Wayne Gretzky in it, so how “special” could they really be?
7. My eight-year-old self was devastated.
8. Worst themed island since… Nope. Nevermind. Pass.
9. Because, durr, of course it is. He’s a 250-year-old wizard.