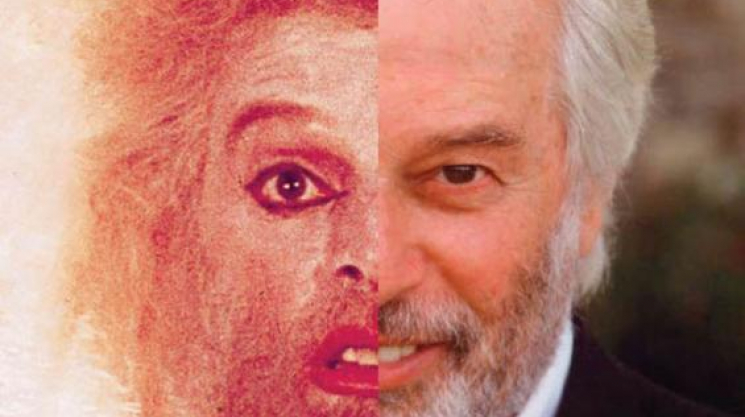 History lesson time. In 1970, The Beatles are broken up and John Lennon is living in New York with Yoko Ono. Lennon is screening his experimental art films at a theatre called the Elgin in the Chelsea district. Naturally, the New York hipster elite show up to see these movies. Not necessarily for the films, but you can smoke pot in the Elgin. One night in December 1970, Lennon screens someone else’s movie at midnight after his are done. It was a Mexican film called El Topo made by a Chilean born director named Alejandro Jodorowsky.

El Topo (“The Mole”) is a spaghetti western inspired by surrealism and the French new wave. It tells the story of a ruthless man-in-black’s bloody quest for enlightenment. Starring Jodorowsky as the man-in-black, El Topo is full of violence, nudity, religious symbolism, midgets and people with missing limbs. In other words, it’s a damn fine stoner movie.

The film started playing regularly at midnight at the Elgin and word spreads. It plays for about a year to sold out crowds and Jodorowsky is labeled a prophet by El Topo devotees (remember that you could smoke pot in the theater). From this, the midnight movie fad ignites, opening the door for John Water’s Pink Flamingos, Richard O’Brien’s Rocky Horror Picture Show and David Lynch’s Eraserhead. At the insistence of Lennon, his manager Allen Klein purchases the rights to El Topo and produces Jodorowsky’s next film, The Holy Mountain.

Yet another shocking and visually stunning art film laden with biting satirical humour and religious imagery, The Holy Mountain would almost be better off in a gallery than in a theatre. It was a huge inspiration for Marilyn Manson. So much so, Jodorowsky conducted Manson’s wedding ceremony dressed as the character he played, The Alchemist. The Holy Mountain is Jodorowsky’s magnum opus but it’s too arty for North American audiences and never opens. At this time Klein wants Jodorowsky to try making a more commercial film, an adaptation of The Story of O. Jodorowsky’s not feeling it so he moves to France and kickstarts a 30+ year feud between him and Klein.

Jodorowsky’s next project is an adaptation of Frank Herbert’s Dune. Jodorowsky brings in H.R. Giger and Moebius to collaborate on the project, casts Salvador Dali to play the emperor and gets Pink Floyd to provide the score. But this is before Star Wars and no one wanted to bank an expensive French sci-fi movie so the funding dries up. Moebius and Jodorowsky take some of their ideas from the Dune collaboration and end up making a series of French comics called The Incal, which look suspiciously like Luc Besson’s The Fifth Element. This starts Jodorowsky on a long and successful career writing comic books. He only occasionally dabbles in film again.

Because of the feud between Klein and Jodorowsky, El Topo and The Holy Mountain got buried and were only available on bootlegs made from a damaged print. Until now that is. Recently, the two settled their differences and collaborated on a painstaking restoration of the prints, which have been touring the globe. After much speculation and waiting, a remastered DVD set has been released by Anchor Bay that includes El Topo, The Holy Mountain, his first film Fando Y Lis and a whackload of extras. Now 78, Jodorowsky speaks from his apartment in Paris on the eve of this momentous DVD release.

When did you end up moving to Paris?
When I finished with Allen Klein because he wanted me—with very good intention because he was a businessman—to make a lot of money. He was sure if I did The Story of O we’d make millions. That’s the moment I escaped. In order to make due, I came to Paris.

What year was that?
I cannot remember. Ben Cobb, he made a book about me [Anarchy and Alchemy: The Films of Alejandro Jodorowsky]. He knows everything. When I read the book, for the first time I finally understood my pictures, you know?

Do your films demand repeat viewings to fully understand them?
Yes, this I wanted. A person who loves a song doesn’t listen to it one time. The song goes inside the person…I wanted to make pictures where you can come a lot of times. Every time you see it, it is a different picture. That is what I wanted, my friend.

Can you explain how the bootlegs of your movies came into circulation?
When I escaped from Allen Klein, I escaped with very bad videos. In every town and every country I gave it away for free. I called the pirates and said I have a gift for you. That was my little war against the enemy.

With these movies, you really resisted making a commercial film. Perhaps the best example of this is when you refused to cut a five second scene of the Thief getting his anus washed from The Holy Mountain script. Consequently, George Harrison from the Beatles refused to play the role.
It’s a temptation. I don’t want to make a film with a superhero or to be copying the Yakuza gangster movies of Hong Kong. You know, I don’t want. I don’t want. I still believe movies are a great art. But in order to do that you need to forget to make money. That is my war. I’m not working to make money. I’m working to lose money.

Do you enjoy commercial films?
Some yes. But to like them I must emasculate myself. I have [an imaginary] glove. When you operate you put something on the hands, a surgeon will not open a body with his naked hands. In order to emasculate myself I have [an imaginary] little glove of women’s skin…I have my hand covered with women’s skin, okay… When I go to movies commercial, I take my glove of women’s skin and put it on my hands and emasculate myself. Then the picture becomes surrealistic and then I like. One that was not good but I liked was The Prestige. Because there you discover the little tricks of the magicians. You discover what they do in order to make you believe. That was interesting for me. In Korea, I find a picture, The King and The Clown. Find that picture because it’s a very good picture and I like it.

El Topo played at a pretty dirty venue in New York. Do you enjoy having it play at film institutes close to 40 years later?
Why not? Yes. It’s like a gift you receive because people get it. When I did [El Topo] I was suffering because nobody looked at my picture in the way I wanted… It is nice to be recognized but it’s a little too late. I am happy but I am not so happy. I am doing other things now.

You put these non-actors through quite an ordeal with The Holy Mountain shoot.
I wanted to make a sacred picture, a holy picture. Like walking into a monastery in India and you become enlightened. I said, “Why cannot a picture give enlightenment to the person who watches?” Every person was the person they played. The very rich man, was a very rich man, like that. Then I was trying to give enlightenment to this person by the end of the picture. They changed but they became dumb actors. Very, very, very ego actors fighting to be in front of the camera.

And the cast and crew in The Holy Mountain actually climbed a mountain?
It’s true. The reason why it doesn’t look so spectacular is when you’re climbing a real mountain, you make three steps and you’re absolutely tired. It’s terrible to climb a mountain. It’s not so easy.

You thought that cinema was better than LSD in the 70s. Do you still believe that?
I believe LSD is not as good as they are taking today. LSD lost the holy art that is sacred. My woman was [talking to a man] about the one time in his life he eat mushrooms, sacred mushrooms. And she asked the guy how he eat that. And he said, “In a pizza.” Do you understand the monstrosity of this? A pizza with sacred mushrooms. All that is finished. It’s finished.

You also felt that cinema had the power to change the world. Do you still believe that?
I still believe that but we need heroes. We need people who work out of the industry. Out of politics. Out of movie houses. They need to work directly in walls of the city through the internet. And make that free. Only do that, in order to accomplish the art that is all free.

Is death something you’re afraid of?
My spirit, no. My body, yes. My body is afraid to die. But only my body. My soul is completely ready. I don’t fear death.

I don’t have five million dollars unfortunately.
What do you have?