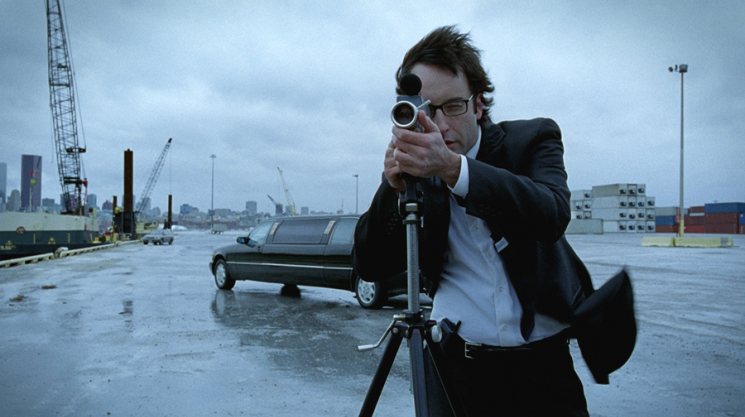 Don McKellar is a busy guy. In quantity and quality, McKellar has developed an unparalleled body of work in Canadian cinema. From Roadkill and Highway 61 to The Red Violin and Last Night, McKellar has defined his career by consistently getting involved in some of the best feature films this country has ever produced.

In his latest movie, Childstar, the accomplished actor/writer/director takes his unique approach to “runaway production” with a story about a slacker experimental filmmaker who inadvertently becomes the guardian of the world’s most famous child actor. McKellar chatted with ION from his home in Toronto.

What inspired you to make your latest film?

I was down in LA and I went to the Oscars because The Red Violin was up for a soundtrack. It won, which was a good invitation to lots of parties. I went to the Dreamworks party and met that Haley Joel Osment kid who was sitting there at the bar. It was just the same talk you’d have with anyone.

We talked for about 15 minutes before I realized I was talking to this pre-pubescent kid. He was so mature that I hadn’t even recognized his childishness. I was just talking to him like any guy at the bar. Oh, and when I say he was at the bar, I’m not saying that he was drinking alcohol necessarily.

The point was that he was sitting there with no parents around and just hanging out. I thought there was something about this unnatural, mature presence in this immature body that seemed like the perfect symbol for my experiences in LA.

When I first heard about the film I worried that it would be a condescending take on celebrity. But the film’s not about that at all.

I think my biggest fear with this topic is that people will imagine that it’s easy-joke film or a joke about an easy target. In fact, it’s about a harder target: me. It’s very much personal. I think it was a direct result of my experiences in Hollywood and how I was reflecting it back on this kid. It’s more of a coming-of-age for my character, Rick, than it is for the kid in a way. One of the main ideas in Childstar was that adults were less mature than the kid. His mother, too, is totally immature.

Jennifer Jason Leigh gave a great performance as the mother. What’s your approach to directing actors?

Jennifer’s been in the business since she was a kid and she had quite a few ideas about what kind of mother that was. Her idea was to make it sort of childish. It’s a difficult role because it’s not immediately appealing. People don’t like bad mothers. It takes a certain amount of courage to go for that. Like Alan Thicke who plays the kid’s TV father. When I called him up he said, “Don, I know. Don’t worry. Stop talking.

It seems that the personalities of the characters are very much informed by popular culture. It’s as if they’re defined by the media they consume.

People are always acting like they’re in movies and think they’re in movies. They’re moving in and out of cultural types and have a firmer grasp on that than their own character. That’s one of the main themes — about growing up surrounded by popular culture and trying to find your place within that. The characters are more or less lost in that world.

The look of the film surprised me. It’s shot in wide screen and it’s quite ambitious. You didn’t go for that typical handheld style of low-budget films.

That’s become a common look even in bigger budget films, that kind of handheld look. What I really wanted to do was to make it about movies with “movie” shots and composed shots. Because the film is about people framing their lives like in the movies I wanted to move in and out of movie-like shots. I had this idea that the camera is not so much following the characters but sort of a movie structure around the characters that forces them in and out of the frame.

You’ve said that the audience for independent cinema is diminishing rapidly. Why do think independent film is struggling?

In one sense they’re just not exposed. But I think the North American independent movement or the Sundance film is almost a warning bell to a lot of people now, myself included. It’s solidified into this genre that’s kind of dreary. I think a lot of indie films aren’t exploring cinematic venues. I was trying to be cinematic with my film where I think a lot of indie films have basically given up on that because they feel you can only do that with a giant budget and a huge amount of CG effects.

You’ve been critical of Telefilm, the government film-funding agency, for its policy to pursue “commercial” films. Is this something we can talk about?

I don’t want to talk about it too much because I’ve talked about it so much I’m afraid that I’ll never be funded again. Also, I think Telefilm recognizes that it hasn’t been a very successful policy. So I want to give them a chance. But basically I’ve been outspoken because I have been funded. Touring across the country I’ve met many interesting young filmmakers who don’t have a lot of clout who were turned down.

I felt that because I’ve been funded it wouldn’t sound like sour grapes coming from me. I think it’s a bad policy because it’s presumptuous and naive to suggest that you can predetermine what’s going to be commercial. Many people have tried and there’s certainly no formula.

Most people in Hollywood know that and wouldn’t even presume to make such a statement. I’ve always said that Telefilm’s only real mandate should be to make good films. I know that’s sort of vague but it’s a pretty good mandate to have.

In your career you’ve collaborated with so many great filmmakers: David Cronenberg, Atom Egoyan, François Girard, and Bruce McDonald, among others. How is it working with these different artists?

For me, it’s great. I’m the kind of person that likes working with people and collaborating. My best moments creatively have been moments where I’ve been in the groove with someone and felt we’d come up with an idea together and didn’t know whose it was.

Canadian cinema, when it’s at its best, is a very open and supportive milieu. We realize that anyone’s success is good for us. Because every successful Canadian filmmaker has been very idiosyncratic and personal, it’s not competitive because when you’re faced with someone like Guy Maddin and he’s doing his own thing, it’s clearly and entirely his own thing. I don’t see his films and think, “Damn, I should’ve done that.” I think, “Wow, what an amazing achievement.”

You’ve taken your films around the world. What’s the international view of Canadian cinema?

I always say that Canadians would be amazed at the profile they have abroad. I’ve definitely been to film festivals where the audience knows more than me about Canadian cinema and more than Canadian audiences do. It’s hard to understand why that never makes it back home. It’s unfortunate but one of the things I like about Canada is that we don’t take that kind of thing too seriously.

That’s why I live here. I don’t really take celebrity very seriously, to be perfectly frank. I would be kind of embarrassed to be perceived as or treated like a star.