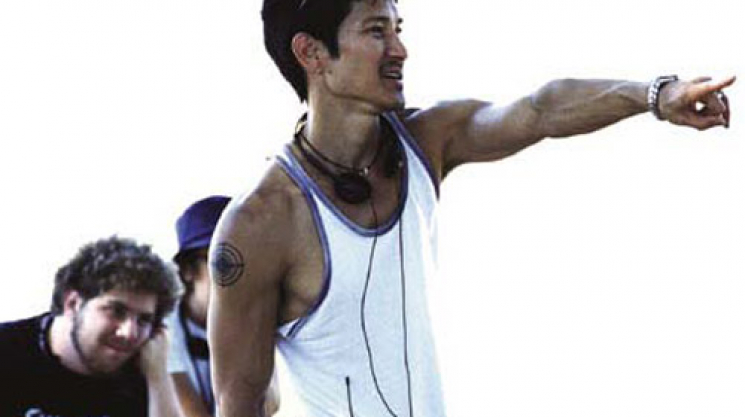 If you’re a reader of this magazine (which suggests you possess a certain level of taste) and don’t know who Gregg Araki is then you need to go straight to the video store and begin your education. Responsible for such wacky, gross, sardonic, angst-ridden, beautiful and, according to me, seminal indie flicks as Nowhere and The Doom Generation (which Roger Ebert called a ‘sleazefest’ and granted zero stars), Araki has never shied away from taboo subjects. But in his latest film, Mysterious Skin; the director takes a serious turn with a sensitive, gut-wrenching story about two young boys victimized by a pedophilac soccer coach. The film, heralded by some as a triumph at the Toronto and Sundance Film Festivals, is widely considered Araki’s best film to date, but does this mean the end of the old Araki that we know and love? ION caught up with him to get to the bottom of this, and to answer my burning question: what’s with all the belching scenes in his movies?

Did you find it difficult to make a film about a sensitive subject like pedophilia?
It was challenging, but it was also really rewarding. The cast and the crew were so emotionally invested in the movie and they did it for all the right reasons. The story has difficult parts in it but we all really believed the story was important and needed to be told.

Was it challenging dealing with the subject matter around the children in the cast?
It was a challenge and it was not a challenge in a way. The young kids in this film – eight year-olds Chase Ellison and George Webster – their performances are so amazing. There’s so much nuance and so much feeling in their little faces. The weird thing about their performances is they didn’t read the whole script. They were just acting scene to scene, moment by moment, and they didn’t know what the context of the movie was. We protected them from what the movie was about – they didn’t know the storyline about the coach. They were just acting in their little m o m e n t and I gave them the simplest of directions.

It seems to me that Mysterious Skin is aesthetically and thematically a big departure from your past films. Did you consciously change your style for this script or is this where you’re at right now?
This was my first serious, character-driven drama and it was a radical departure for me in a way. All of my other films have had a satirical, slightly self-conscious, postmodern edge to them. As a filmmaker, I’ve always liked to surprise people. When people try to pigeonhole me as something, I usually go do something else.

It’s also your first adaptation of a novel. What was it about the material that caused you to break out of the mold?
I found the book by Scott Heim to be so powerful and well told that it really moved me. I thought if I was ever to make a movie out of a book, this is the book I’d want to do. Somehow circumstances came together and I was able to do it. Scott and I are very similar in terms of our sensibilities and inspirations, in terms of our favorite bands and we’re approximately the same age. In some ways Mysterious Skin is a radical departure for me and in other ways it fits perfectly in my whole other body of work. It’s not some aberration. It’s a very personal film for me even though I didn’t write it.

The soundtrack also contributed to the dreamy mood of the film. How did you end up working with Harold Budd and Robin Guthrie from the Cocteau Twins?
When we were working on the score I used a lot of this record called The Moon and the Melodies, a Cocteau Twins / Harold Budd collaboration from ’86 which is sort of the period of the film. The album was working perfectly for the tone and mood and ambience of the movie, which makes sense because it was the sort of music that the book was originally written to. For me the music is so much more than just the score – it’s really the soul and inspiration for the movie. So when we set about to get the score composed we just said, ‘let’s try to get Harold Budd and Robin Guthrie,’ not really thinking that we would actually get them. It was just like a miracle . . . the music they created is so gorgeous and they did it so quickly and under the worst working conditions. It’s such an important part of the film.

Will you do another adaptation?
I can’t think of another book off the top of my head that I would like to adapt. This was a story that really moved me. If I came across another story that was equally moving I would. But we’ll see. I would love to do another serious movie again. The thing about movies is they take like three years out of your life and you only get to make X-number of movies in your lifetime so I really, really have to love something to do it. It’s very rare that I come across a story like Mysterious Skin that’s worth three years of my life.

So your next film is going to be lighter?
The film I think I’m going to do next is not quite so serious. It’s more pop and more fun.

One final thing. What’s with the burping?
The burping in the movie?

No, in all your movies.
[Laughs] That’s one of the things I love about making movies. It’s like, I’ve never even noticed that before. People will say to me ‘You always have this upside down on the bed shot’ or ‘You always have a shot of the sky,’ or something.

So, you don’t consciously include it?
No, it’s not like in every movie I’m like okay, here comes the burping scene.

When the coach takes the kid home and records him burping.
Oh yeah! You know that’s totally from the book, so I didn’t write that. I guess it just has to do with the bodily function or something.