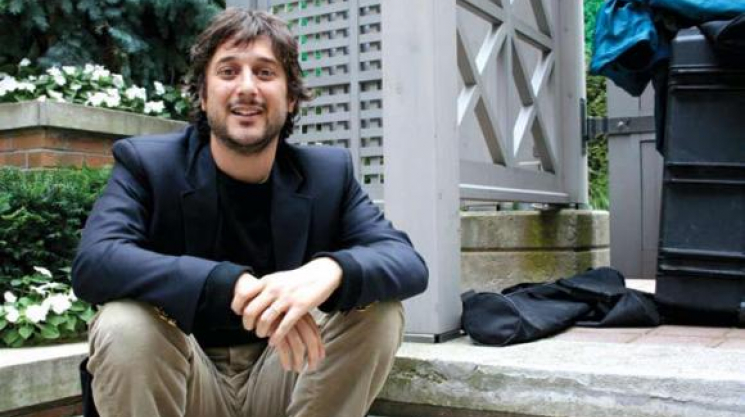 When you were 18 the only direction your life was heading was to the liquor store parking lot to try and convince prospective patrons to buy you some coolers. When Harmony Korine was 18 he already penned one of the most controversial American films ever made, Larry Clark’s, Kids. His directorial debut came shortly after in 1997 with the equally eyebrow raising Gummo. He followed that up in 1999 with the extremely arty Julien Donkey-Boy. Along the way he’s directed videos for Sonic Youth and Cat Power, co-written a song with Björk, written another Larry Clark film, Ken Park, and showcased his photography in numerous art shows around the globe. While his creative output hasn’t always been pleasing on the eyes or easy to understand, to say he’s had an eclectic, fascinating and boundary pushing career is a gross understatement.

In 2007, he screened his third feature Mister Lonely at festivals and it’s now headed for a limited theatrical release. Mister Lonely begins with a slow-motion shot of a man wearing a dust mask, riding a pocket bike and dragging a monkey doll. From there, the imagery only gets more bizarre, surreal and visually arresting. However, it’s not all eye-candy. In fact, Mister Lonely is Korine’s most story driven work to date. It stars Diego Luna (Y Tu Mamá También) as a struggling Michael Jackson impersonator trying to eke out a living in Paris. At a hilarious performance at an old folks home, he meets a Marilyn Monroe impersonator played by Samantha Morton (Control, In America) and is immediately smitten. She convinces him to join a commune in a Scottish castle for out-of-work celebrity impersonators (It should be noted that Harmony grew up in a commune himself). There he meets the The Pope, Abe Lincoln, The Three Stooges, The Queen, Buckwheat, JamesDean, Madonna, Shirley Temple (who happens to be Marilyn’s daughter) and the leader of the commune, Charlie Chaplin (who is also Marilyn’s husband, and looks more like a Hitler impersonator when he gets angry). While the commune of impersonators is preparing for the group’s first ever performance, a seemingly unrelated story takes place in South America where a group of nuns decide to go skydiving—long time friend and supporter of Korine, Werner Herzog, flies the plane.

I had a chance to sit down and chat with Harmony Korine about his latest film. I was expecting to meet the manic, bumbling and too-cool-for-school manchild that I’d seen on his priceless Late Night with David Letterman appearances. Instead, I’m face-to-face with a polite 35-year-old with a friendly smile and a cool demeanor. We’re introduced and he says “I loved your work on Miami Vice,” taking the piss out of my name. He then proceeded to scream at Diego Luna, who was looking handsome while being photographed a few feet away from us “Damn! It’s all over your ass Diego! They want some of that Mexi-cock. Damn Diego, they want some of that ass!” After that I was immediately at ease. For someone who has every right to be pretentious, I was surprised to receive zero attitude from one of the most important figures in modern independent cinema.

I went into your movie totally blind and not knowing what to expect. Harmony Korine film… that’s all I knew. And it really kind of caught me off guard. Have you been getting that kind of reaction at all?
Yeah, I’m surprised that many people are surprised. But then again, I guess it makes sense.

Would you say this is your most accessible film?
Yeah, probably. Narratively, it is. The other movies I guess were more deconstructed and aesthetically more challenging. This one was more about creating beautiful pictures.

You wrote this with your brother Avi. How did writing with your brother work for you?
It was great because I hadn’t written in a long time and he’s a really good young writer. He loves chicken McNuggets. So I said, “If you come to my house I’ll give you a month’s worth of chicken McNuggets.” And he said, “Only if you buy the special honey to dip them in.” So I gave him unlimited McNuggets and then we wrote it.

There’s a lot of poetic imagery in Mister Lonely. How do you get that down in a script? Because you need to convince someone to fund the project. Are you just like, “Okay, we’re gonna have a nun on a BMX skydiving. It’s gonna be beautiful. Trust me.”
That’s kind of what I do. I just think it up. If I dream it up, and I can put it into a story and have it make some kind of sense, I go with it.

How did you shoot the skydiving scenes?
That was some of the most difficult stuff I’ve ever done. We just had special stunt nuns and women, actually. We spent three months trying to find pockets of nuns in South America that would actually jump out of airplanes.

Are there a lot of those?
No, no no no and two out of the five wouldn’t jump for the movie.

I wanted to ask you about some of the casting decisions you made. What made you want to cast Diego Luna?
Because I just thought he was right for the character. I always thought he was a really interesting actor but I’d never really seen him do what I thought he was capable of. After I met him for the first time, he has a real life and a real sweetness to him, like a boyishness. I felt like the Michael character wasn’t angst-ridden, there was something more like a symbol.

How about Samantha Morton?
Samantha was easy. She’s an old friend and she’s also someone, you know, I think she’s one of the best actresses.

Finally, a long-time supporter of yours, Werner Herzog, how did he end up in the movie?
I guess I like to work with family and friends. I like to surround myself with people I’m close with and that are exciting to me. Werner’s one of those guys that’s just fun to be around.

Does he take direction well? Does he need it?
Yeah, I direct him a little bit. The thing with Werner is once he’s in character you kind of just let him go.

Was there a lot of improvisation with the actors in this movie, did you let them go like that?
Yeah, you know, in all the films and everything I do it’s scripted up to a point. I think the filmmaking process should be an organic thing and I like to leave room outside the edges of the frame and let things happen.

How did you decide what characters you wanted the actors to impersonate?
Most importantly, these are all characters that I liked and they needed to be instantly recognizable, iconic. Then because I was fortunately able to play with their myth and kind of manipulate the myth. So these are icons and personalities that would make sense.

I wanted to ask you about a quote that the Queen says after the group’s performance to the effect of “impersonators live through others and keep the spirit of wonder alive.”
I think that’s it. In some ways that’s the most important line. These are obsessive characters and they’re pure hearts and they’re dreamers and that’s the reason that they inhabit these bodies.

I hope this isn’t a dumb question but what’s the connection between the two stories in Mister Lonely?
That’s not a dumb question. Here’s the thing. People spend too much money trying to make sense of things. Trying to say “what does this mean” and it’s like a riddle. I don’t care if I make perfect sense. I’d much rather make perfect nonsense. If that makes sense. For me, there’s a thematic link, it’s an allegory of sorts. Both the stories speak to the same thing. They speak to hope and isolation and this idea that people that are so obsessive and outside the realm of traditional society and values, that they create their own world. And like I said, they’re dreamers and a lot of the times these people can get so far out there that bad things begin to happen. But in truth, all these characters just believe there’s some kind of magic out there.

Julien Donkey-Boy came out in 2000. Why is there such a large gap in your directorial resume?
It was an internal strike. Around that time I didn’t want to make films anymore. I really had very little to give. I always felt like you can’t really make movies without love and I had no love to give. I felt like I was perceiving that. So I thought that for all intents and purposes the best thing for me to do was just leave. Because I’d made movies since I was young that reality started to take over and it wasn’t something that I was interested in. I joined this cult. It was a fisherman crew that I had met with Doctors Without Borders who were searching for this special fish called the Malinger fish. We spent six to eight months searching for this fish that we couldn’t find.

What’s a Malinger fish?
There’s only been two ever caught and these Japanese people were offering a few million if you could find this fish. It’s a small fish, a yellow fish, with these three dots on the side of the fin. If you press these dots at a certain time of the day it plays a sound that sounds like a child’s piano. And they were offering a lot of money. But I spent six months with them and I began to feel like the whole thing was fraudulent. So the leader, Alejandro, came up to me and said “You need to leave if you don’t believe” and I said “You’re right” and that was that. That’s what I did for six months.

Do you see any youngster filmmakers out there that you’re interested in what they’re doing?
Youngsters? Like people younger than me?

Yeah.
No, not really. I mean there’s some filmmakers that I like but I haven’t really kept tabs. I dunno, there’s things on the internet I like.

You used to be the poster child for independent cinema. What do you think about the state of independent cinema today?
I don’t know. It seems to be in flux. There’s something going on. People are so concerned with people watching movies on their telephones or on the internet. It doesn’t matter to me. I think all anybody wants is a good story.