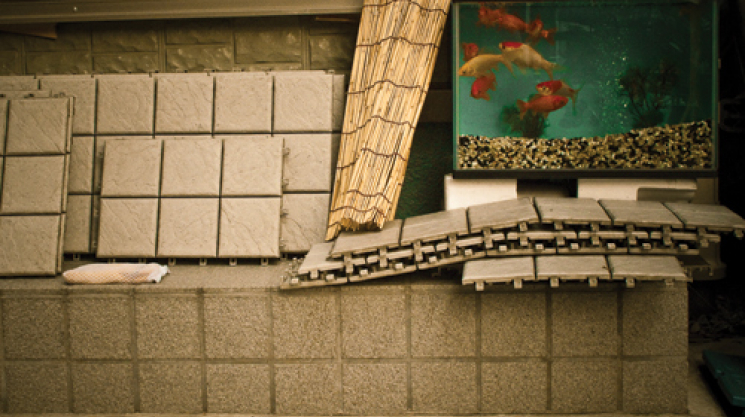 Just hopped the red eye back from Tokyo town. The city is somehow more profoundly exciting than I remembered it, maybe because the typical tourist stock is missing in action. That phantom nuke paranoia still has the whole world shook, but fear not – there’s never been a better time to check out Godzilla’s old stomping grounds.

I was in Harajuku last week drinking a milkshake and didn’t see a single pervert out ogling schoolgirls. Bananas. Akihabara, electronics capital of the world, was vacant save for a few nerds trying to track down spare Sega CD parts. The cliché index in this city has hit rock bottom. Everybody thinks they’ll catch a case of radiation poisoning from a sketchy sushi roll – a little bit of disaster porn and we’re all Litvinenkos in waiting. Across the country, travel receipts have been cut in half or worse. Even Okinawa has caught the bad juju. It’s a lamentable state of affairs for the Japanese economy, but a great opportunity for the casual grid tripper.

Beyond the bleating of a bloodthirsty news media, Tokyo is realer than ever, maybe even more real than it’s been in decades, if such a thing is possible. The cash registers are getting dusty, but the city’s throbbing neon glow always blots out the darkness.

The tourist traps are deserted, as are the temples, but this absence of bustle works in the city’s favour. The last time I was there, four years ago, I went to pay my respects to the Shinto gods and found the swarms of bored travelers to be off-putting, even borderline offensive to the senses. Agitated teenagers walking past thousand year old artifacts with their DSLR’s on blast not even looking at anything in particular. Boredom is infectious. Your auto-immune system can’t help but react to the drool, and I’m not even a fan of history. But when it’s just me and a gang of stray cats, I can dig it.

Meanwhile, Tokyo by dark is persistently unfathomable. For the late-night prowler it’s an endless sea of bars, karaoke joints, discos, convenience stores and sex hotels, always in that order, and never the same street twice. You lose yourself, then find yourself the next day sleeping face down on the street, a group of polite garbagemen gently prodding you with a stick. With less static jamming the experiential radar, the mystery and magic kicks in a lot quicker. No LSD necessary, but it’s just a Shibuya headshop away anyways. I have a theory that the shittier the Japanese economy gets, the more dynamic its culture becomes. In the 80s, when Japan was in the midst of taking over the world with its invincible auto-electronic complex, Tokyo was where art went to die. When the bubble popped and things fell apart, new styles started to gurgle up from the proverbial ramen broth. And then in the oughts they straight up took over. From the gallery to the street, style oozed out of every manhole.

The quickest route to the city’s heart is a trip down Shinjuku’s “Golden Gai”, also known as “Piss Alley”. A series of tiny backstreets jam-packed with ramshackle bars and drunks of all stripes.

The night before my flight I spent all my remaining yen drinking saké with the weirdest of the weird and the straightest of the straight. Suffice to say, I got appropriately pissed.

I ended up going on an aerosol tear with an out-of-work engineer and only made my flight in spite of myself and on account of an empty wallet.Once the next disaster strikes, the tourists will set aside their paranoia and return in droves. But for the time being, it’s Tokyo in the raw.