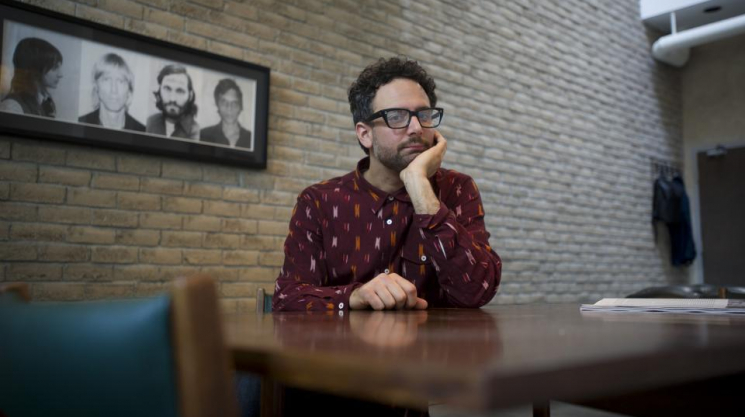 Justin Peroff is perhaps best known as the drummer for Toronto-based indie rock group Broken Social Scene, though he’s also a DJ, one third of the band Eight and a Half, a film lover and actor, and a whole slew of other things as well. He’s been a fan and participant of TIFF for the past twenty years. Last year, he was a big crowd pleaser at TIFF 2013’s Grolsch Open House, and we’re pleased to announce that he’ll be performing this year as well! This Sunday, September 7th, Justin will be spinning while The Shop Pop-Up Workshop brings out everyone’s crafty side and you bask in the magnificent glory that is TIFF’s Festival Street. And what’s better? You can do this while sipping an ice-cold Grolsch and enjoying eats from Buster Cove, Portobello Burger and Momofuku foodtrucks.

On TIFF and its significance, Justin asserts that it’s been great for him to watch it grow into the monster it is today. “I'm grateful to participate in this year’s TIFF festivities, the ultimate hub for artists of every kind. Independent film is an important contributor to culture as a whole. Art influences everything from food to politics. Without independent film, the richness of culture would suffer even without our knowing.”

As a teenager growing up in the '90s, Justin was exposed to the DIY independent film movement and was hugely inspired by filmmakers such as Larry Clark, Richard Linklater and Harmony Korine. Later, with Broken Social Scene, he was honoured to contribute music for many great films, and has performed at the festival multiple times as well.  “One of the things I look forward to most during TIFF are those amazing unexpected moments, and there are plenty of those waiting for every single one of us, every single day and night of the festival.”