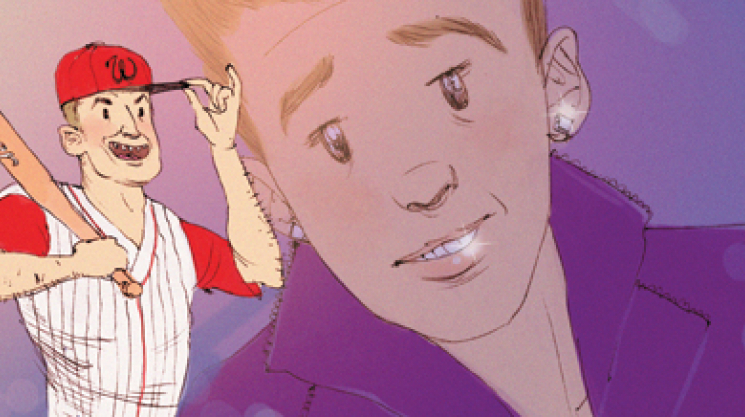 It’s summertime, and in the summertime there isn’t much better of a spot to spend the afternoon than the ballpark. I mean, the beach is generally the first suggested, but have you ever seen what happens at the beach after dark? Just a reminder, they don’t clean the sand. The ballpark is probably the only place where you can be outside while drinking beer and shouting at the top of your lungs. And the more you do both, the more people cheer you on. After about two innings we all play the inevitable game, “What would your batting song be?” While 19-year-old rookie phenom Bryce Harper has the balls to walk out of the on deck circle to Justin Bieber’s “Boyfriend,” most major leaguers saunter out to a predictable roster of contemporary rap hits or jock jams. Here are some alternative tunes that we’d die to hear if only the players would have the courage.

THE CARDIGANS - LOVEFOOL - At bats are about confidence, and nothing would occupy a big league player’s confidence bucket than the collective swooning of the female portion of the crowd. It doesn’t matter if you weren’t around when this song was released. You don’t need to connect the song with 1996’s Romeo + Juliet, to get all smitten with whoever is in the next seat. Play “Lovefool” and the pitcher will either lob them in or bean you. Either way, you’re on base!

DR. DRE - XXPLOSIVE - If a batter wants to get a pitcher off his game, there’s no better song than “Xxplosive.” Try this: go to a bar, sing the hook from the intro into people’s ears and see how many of them are still singing it two hours later. It’s like getting glitter in your hair; you’ll never get rid of it. Any batter will get on base with four straight balls when a pitcher is focusing on this hook instead of the signals from home.

DEEP BLUE SOMETHING - BREAKFAST AT TIFFANY’S - Coming to the plate with a serious game face on while this song is playing is just straight up absurd. “Breakfast At Tiffany’s” is one of those whiny hits that everybody loves and everybody hates. Just picture it blasting out of the speakers at Wrigley Field to 40,000 Cubs fans. Priceless.

SHADOWY MEN ON A SHADOWY PLANET - HAVING AN AVERAGE WEEKEND - Yeah, the song from Kids In The Hall, the best show every created. Any player on defense worth his salt will immediately stop following the signals from the dugout because they’re beguiled by their own brains trying to quote a “Thirty Second Story” or questioning their sexuality while picturing Dave Foley in drag. In addition, the crowd will all jump out of their seats and lose their collective shit. That batter should ignore the second pitch because “It had attitude.”

SEAL - KISS FROM A ROSE - The hit from 1995’s Batman Forever is… You still have “Xxplosive” in your head! See? Ridiculous!