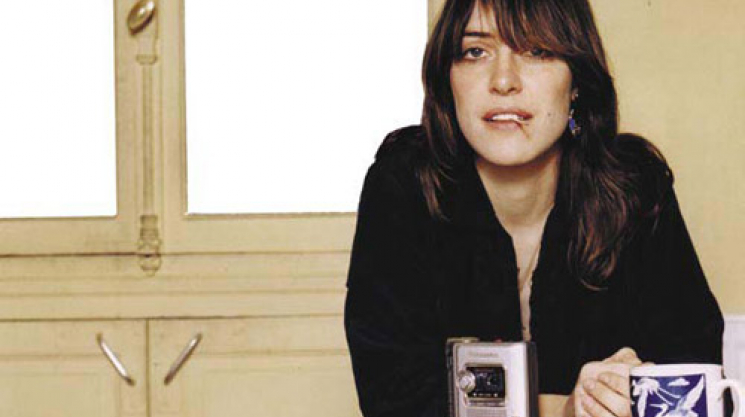 Dear Diary,
It happened again. Bad relationships are totally my “thing.” Thank God I’m an artist and can exploit the tremors of heartache for my melancholic ballads on trysts, lisps and artless gimmicks. Next album I’m throwing in some French.
Love,
Me.

Feist’s latest album, Let it Die, reads very much like the above journal entry, with some tender girl moments spliced in for poignancy. If this record happens to fall into the eager laps of pained teenagers and loathsome 20-somethings, all the better for lonesome humans the world over. With a title track that bears a striking resemblance to a morose children’s ballad for the newly dumped, each song thereafter lulls you in and out of depression, remorse, mild annoyance and forced gaiety. But she is, after all, a Canadian girl gone Euro, so we’ll embrace her now and shun her when she returns to our home and native land. It is, after all, the Canadian way.

Is love better in France?
I wouldn’t know from personal experience. I used the album to create a character and I feel like I penned most of the love songs to the city of Paris, to the creation of love. What are the earlier stages of a relationship than projection?

With singers like Keren Ann also exploiting the good people of France to pen adult angst poetry, do you think there’s room for all of you in today’s Anglo French market?
I’m totally unaware of this movement. I keep hearing about Keren Ann, but I’ve yet to meet or play with her. It’s not new to explore love through music. There’s no new thing here. I may have no connection to the language (French) but I’ve got a crush on the city. Maybe it’ll change. I don’t know.

Was it easier to make this album being an anonymous member of a society you were removed from?
Being anonymous, in an anonymous city, allowed me to make this album. I don’t think I could’ve made this record where I knew people. I would’ve been tempted to play people rough tracks and obsess about what they might think. I had complete freedom in Paris. I wanted to keep it all a secret. When I finally played it for my friends I was shaking because I was so sure this was exactly what I wanted it to be. The album and the experience were very specific to where I was.

Have you ever performed a break-up song and realized, well shit I’m over this, who cares if our hearts are no longer as one?
The challenge to myself now is to make a song specific enough to me to make me feel it, but leave it open to interpretation. I try not to write about a guy named Larry or Gary or make it personal to that point, so I don’t go through moments like that anymore. I will go sometimes and look at a song from a different trajectory and I love seeing songs change and mold. My first album’s songs don’t really do much for me.

Your show here is sponsored by Jeep; do jeeps do a lot for you?
Is it?

Yeah, see it’s right here on the flyer. And on this promotional album.
I didn’t know about it. I’ve been offered a lot of stuff in the last few months that I’ve said no to. I really didn’t know. I don’t mind doing TV stuff, but I won’t help anyone plug McDonald’s. It’s a necessary evil [and] I’m not going to say no to free stuff. I’m not getting a jeep though. I hope there isn’t some kind of photo op, Feist in the jeep. But if someone wants to sponsor a show or a tour, I guess… it’s a lot like being on a big label.

Well there seems to be a lot of interest in big labels now to send their burgeoning artists to Europe to attain a greater cache. Do you think it works?
Canada has a subconscious tendency to be more tolerant towards work that comes out of “capitals.” When I was a kid playing a gig in New York was the big thing. Maybe that’s another subconscious thing, but playing a gig in Winnipeg just didn’t seem as exciting. Coming back people definitely seem more responsive because I made it somewhere else. Europe is definitely a “capital” place. The reaction to this album has been
much different than the other ones.