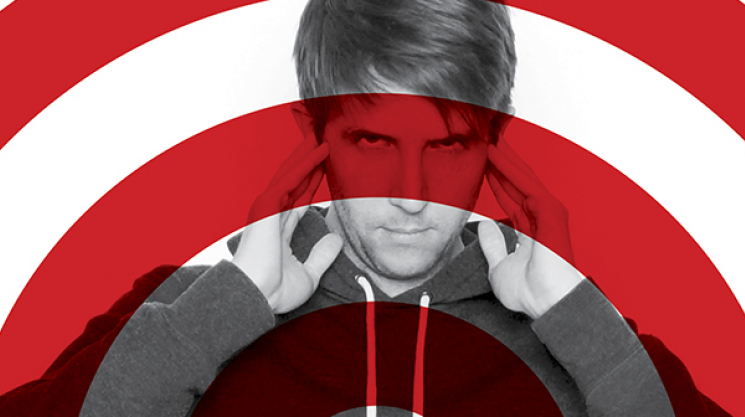 Since his debut in 2005 with Final Fantasy, Owen Pallett's music has defied lazy journalism. It is utterly unique and only comparable to Owen Pallett, leaving music journalists everywhere struggling to find clever one-liners to summarize his unique brand of genius. Now an in-demand multi-instrumentalist, songwriter, arranger, and composer, you can no longer nail his music down to the orchestral pop cross. In 2013, he was nominated for an Academy Award alongside Win Butler for their work on the score for Her, and embarked on the infamous Reflektor tour with his other band, Arcade Fire. In Conflict is his most direct and personal album to date, carefully composed and beautifully orchestrated with the help of live band members Matt Smith, Rob Gordon, and none other than Brian Eno. It's an intense, raw, sonic experience, unlike anything he's ever done before. Louise Burns chatted to him for ION.

Your press release says this record is about approaching “insanity” in a positive way. Was this posi-insanity a conscious decision, or did it come after recording?
It's important to recognize that insanity has quotes around it, (laughs). It's kind of tricky to have a word that encompasses all the different states of being. There are a couple of songs [on In Conflict] that deal with gender dysmorphia, and that is not a form of insanity, but is still kind of a liminal state, and born out of mental conflict. I've always approached albums with a kind of pre-fab concept before writing the songs in the past, but the concept of this came later, when I realized that all the songs I was writing about were kind of crazy (laughs); coming from a crazy place! Singing about friends who have examined their crazy. I like calling it crazy. I like to say "my crazy" because it's kind of ambiguous and loving at the same time.

I also read somewhere that you said this is the only record you've made where you don't die in the end.
That's what has always happened in my previous records: like oh, at the end of this record I drown! (laughs) So, this is a happy ending record.

My favourite song on this record is “For Five And Six”. It's a really direct song. The first verse lyrics (“at five and six even as a child you felt the terror of the infinite, stencilling your diagrams of trilogies and pyramids…”) feel like a Lifespan Integration Therapy Session. Was this more-direct-less-fantastical-approach intentional?
There's quite a bit of fantastic on the record but much more on a domestic level. You know? But almost everything that happens on the record is either entirely true, or a slight fictionalization of the truth. A lot of it is rooted in recalling these events that have happened. I haven't had any of these integration therapy sessions that you speak of, but you can send me a pamphlet, I'd be happy to participate! But no, it was just trying to mentally go back as far as possible to recognize the earliest evidence that something...that all was not right with my brain. And that was really as far back as I can remember.

In that form of therapy, you sit with a therapist as they walk you through your first memories and first triggers, like "picture yourself at one and give me a word to describe yourself," which is ridiculous. They basically evaluate you on all of these words that you give them of times in your life you can barely remember. I'll send you a pamphlet!
That's interesting, I'm currently out on tour [with Arcade Fire] with two babies, and they are both between the ages of one and two. Neither of them speak - they still have to use their baby language to get what they want. It's really amazing to see the synapsis forming, and the connections that they’re making. They recognize "this gets me this, and that gets me that." It's interesting seeing the formation of a young mind.

Brian Eno is featured on your album, how did that come about?
I knew he was a fan of my last album, he picked it up in Mojo magazine at the end of 2010, and he invited me to play a festival he was curating at the end of 2012. We connected then, and I wouldn't say we had a rapport–we're not at the birthday card level yet (laughs)–but he really liked my set, and I'm a huge fan of his songwriting and his approach. So the next time I was in New York, when the record was wrapping up, I asked him if he would sing backup vocals and he agreed. We worked entirely remotely and we never actually sat in the studio together. But that’s the way I work too when I'm arranging for people - I prefer to communicate over the phone, or email, and do all the work without people observing the process. It allows me a greater agency, and I think he feels the same.

You worked with the Czech FILMharmonic Orchestra. They’re known for their computer game work. How did they get involved, as they seem to be a rather obscure choice?
I got involved with them through Mark Ronson. He knew about them, and I was going to fly out there to work with them on a record we were working on. It was right around the same time I was looking to do an orchestral session for Heartland. I was hoping to do one in Canada, but I had some orchestral sessions recently that were complicated by paper work. Basically there are some very antiquated laws in place with regards to hiring orchestras in North America. It’s really boring. I have no shame in saying it was a form of outsourcing. I'm sorry! They did the Arcade Fire record as well. I had a crazy week out there where I did seven records in a week.

Would you say this record is ultimately optimistic, pessimistic or realistic?
I would say pessimistic...But that's not meant to be a negative thing, you know what I'm saying? The whole record is about reconceptualizing things that are typically seen as undesirable, and recognizing that there are positives in all these states. My entire life has been about denying myself what my body and my brain really need, which is to stop making music and to start doing something that will keep me mentally satisfied. But instead it’s been "crazy makes the songs" and the songs make the money! So, I keep going with the crazy...

In Conflict is available now on iTunes 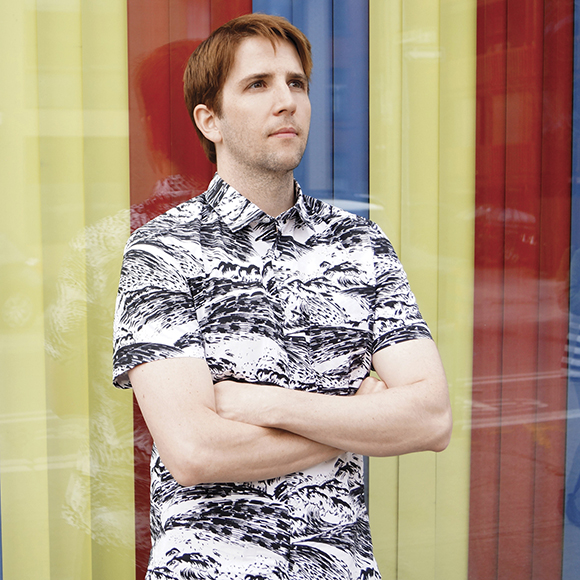 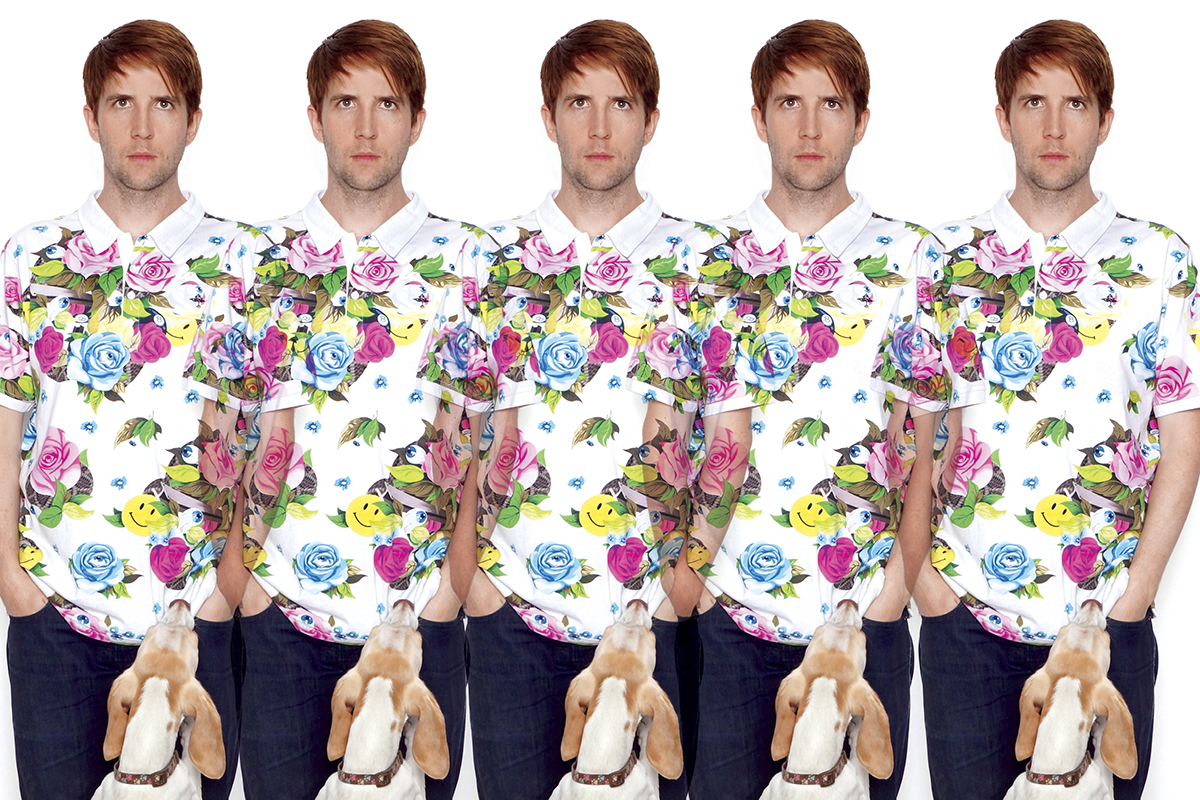 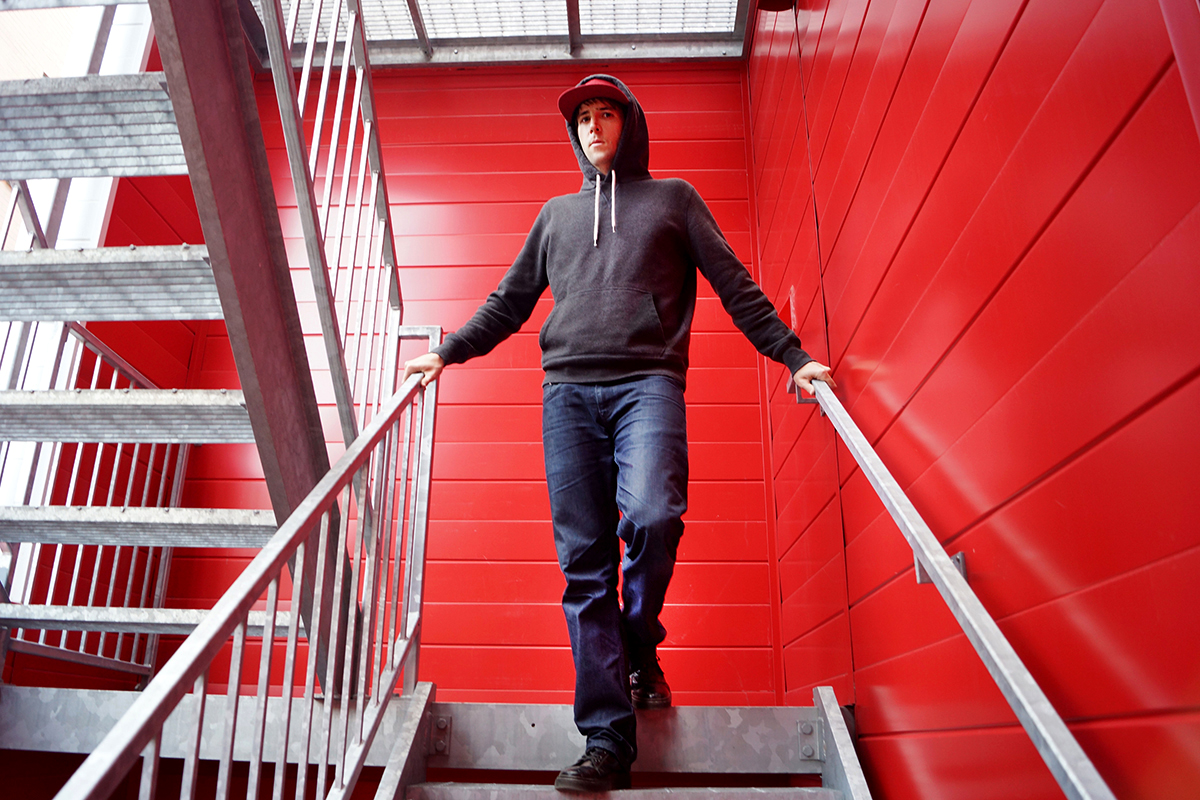