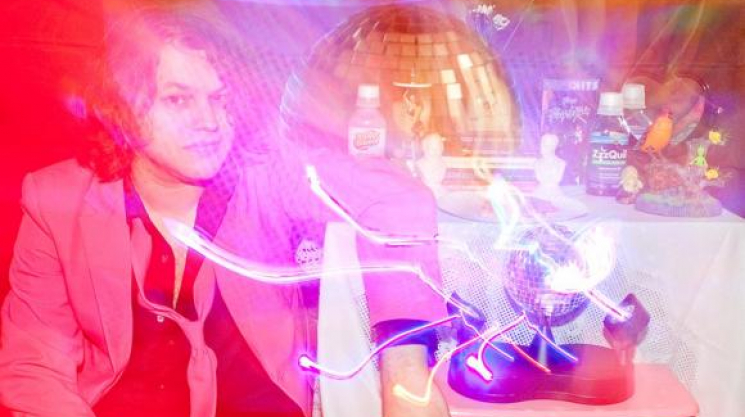 Jesse R. Berlin Premieres "How Did You Sleep Lady Kite"

Jesse R. Berlin is either a dying archetype or, more hopefully, a sign of music's dark ages ending. He (GET THIS) actually has more to say than just how many different ways he's not getting paid from streaming services. SHOCKER! Although his latest interviews have been the peak of whimsy and artful laughter, he has taken a (somewhat) more serious tone in describing his new single to us at ION:

"As a songwriter, performer, and lifelong music fan, I truly believe that there is no lower form of song craft than the 'answer song.' Like, the best one I can think of is probably 'Sweet Home Alabama,' which just to be clear is still total fucking garbage, but the vast majority of these sonic turds veer closer to 'No Pigeons.'

Still, as a lifelong insomniac, I’ve always had a thorn in my side about the plethora of pop songs written in praise of being, shall we say, 'up all night to get lucky.' From Lionel Richie’s 'All Night Long' (arguably the best of the bunch) to Blink 182’s 'Up All Night' (definitively the worst), it’s a lazy and obnoxious cliche that we’d all do well to let die (note that this is an entirely separate category from the songs about 'making love all night long,' which is such a ridiculous and frankly unpleasant-sounding proposition that I’ll continue to allow it for surrealism’s sake).

Having spent approximately a third of my life being up all night, I can probably count on one hand the number of times it ended up being fun—one or two of which do involve 'partying,' but most of which just involve watching 'The West Wing' and eating leftover Chinese food. And anyway, the best parties are the ones where you have so much fun that you get tired enough to leave before some girl nobody seems to know shows up at 5am, takes out a crack pipe, and asks if you guys have any Sublime on your iTunes.

So I just thought, you know, the scales needed to be balanced a little bit. This one goes out to all my boys and girls chugging fistfuls of Melatonin like it’s movie theater popcorn. The present has no ribbon."